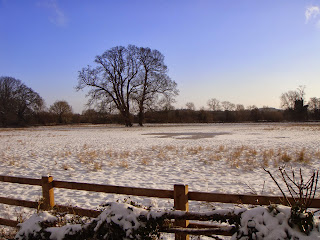 Welcome to the final day of my Christmas Kindle Countdown Deal on my historical romance, Gipsy Moth. Each day I've been publishing a Christmassy excerpt from my novel to whet your appetite, but if you would like to buy a copy, do it soon as the price returns to normal tomorrow at 8am GMT!

Christmas has arrived at last and Kathy can't wait  to see Ben again. 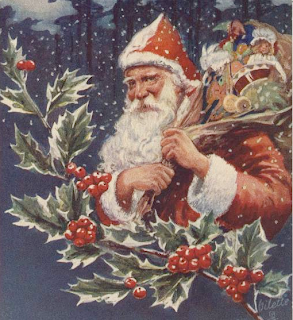 December 26th 1929
Ben was due back on Christmas Eve, but it was Boxing Day afternoon before he could manage to escape from his family. Every time someone came to our door or the telephone rang I thought it was him. But, I didn’t dare telephone his house, or turn up at his front door for fear of what his parents would say. At last, however, there he was at ours, muffled with a long red scarf, and stamping the snow off his feet. We clung to each other like two children lost in a blizzard.
‘Happy Christmas, Kathy. I’ve been waiting for this moment for so long.’ His kiss was soft, warm, desperate. And that faint smell of engine oil on his clothes made me feel safe and reminded me of all the good times we’d had before I got pregnant and he’d gone away.
‘I’ve missed you too.’ I could hardly speak.
He touched my tummy. ‘There’s definitely a small bump.’
‘Yes, but it doesn’t show too much yet, does it?’ I held in my muscles and smiled.
‘No, but it will soon.’
‘I know, but it would be a lot easier if we could get married. Have you talked to your parents yet?’
‘I haven’t had a chance. You know what it’s like at Christmas. They’re so busy with the visitors, I’ve hardly spoken to them at all.’
‘Oh, Ben, you said you were going to, and I’ve been hoping and hoping that you would. Don’t you want to marry me?’ I made a puppy face with doleful eyes.
‘Of course!’ He kissed me again.
‘Oh, Ben, can’t you get them to change their minds? Then I could come up to Lincolnshire and be near you all the time.’
‘Look, I’ve got your little black bead here on my ID chain.’ He dug it out to show me. ‘It brings you to me, any time I’m lonely.’
‘I know, but I want you, Ben,’ I said, kissing him back.
Voices rose in the front room, and the door opened.
I let go of him. ‘Mother’s sisters are here with their families,’ I whispered.
‘Let’s go for a walk then,’ he whispered back, smiling.
Making excuses and getting disapproving looks from my aunts, we escaped into the sparkling wintry wonderland. I’d had a black fur muff as a present, and we held hands inside it, keeping our other ones warm in our pockets.
Putting my worries behind me, I squeezed his hand, deciding to make the most of having him here. ‘Did you have a nice Christmas?’
‘No, of course not without you. Everyone was so boring; Great Uncle Peter, Great Aunt Jane, cousins I never see from one Christmas to the next. I’m not sure who half of them are. Even the table was groaning under the weight of all the food.’ He made a snowball and hurled it at a tree. ‘What about you?’
‘How could I have a nice Christmas, knowing that you were just a hundred yards away over the road, and I couldn’t see you? If I’d had my own aeroplane, I would’ve flown by and carried you off to, I don’t know, the Northern Lights, so we could fly round amongst all the shimmering colours. That is, if your parents would have let you come.’ I aimed a snowball fair and square in the centre of his. ‘Bullseye!’
‘Should you be doing that, er, in your condition?’
‘I’m blooming like a Christmas rose now you’re here. Never felt better.’ I gathered up some more snow and threw it at him.
‘Hey, Kathy!’ He seized my hand, then kissed my icy blue fingers. ‘I’m so sorry about this awkward business.’
We walked on in silence, through deep drifts of snow which stretched across the river meadows like frozen waves on the Arctic Ocean, and the winter sun shone through our cloudy breath and turned it into rainbow colours.
‘What do your parents say?’ he asked.


‘You know, don’t you? They want us to be married, but if we can’t, Mother wants me out of the way. She doesn’t want the neighbours to gossip.’
‘I’ve been thinking, she might be right to send you to Devon. I don’t want people saying awful things about you. You’ve got to be strong, Kathy.’ He ducked under a branch which hung heavy with snow, and created a little snowstorm of loose flakes. ‘When are you going?’
‘The day before New Year’s Eve.’ I brushed the snowflakes off his shoulder. ‘I used to love those New Year’s Eve parties at your house. We were so happy then, when your parents weren’t afraid that I might marry you.’
He kissed me on the forehead. ‘I won’t be there either this time, and Abigail’s going to Maureen and Hilda’s party, isn’t she?’
‘Yes, so everything’s changed.’
Ben stopped, and faced me. ‘Listen Kathy, I’ve got to go back tomorrow.’
‘Tomorrow? But I thought you were going to stay a few days.’ I held him tight. ‘I’ve only just got used to having you here.’

If you have enjoyed this you can download the rest of the book, here on Amazon. (Offer available UK only)
Remember, it goes back to its full price at 8am GMT tomorrow!
Posted by Jean Bull at 08:00