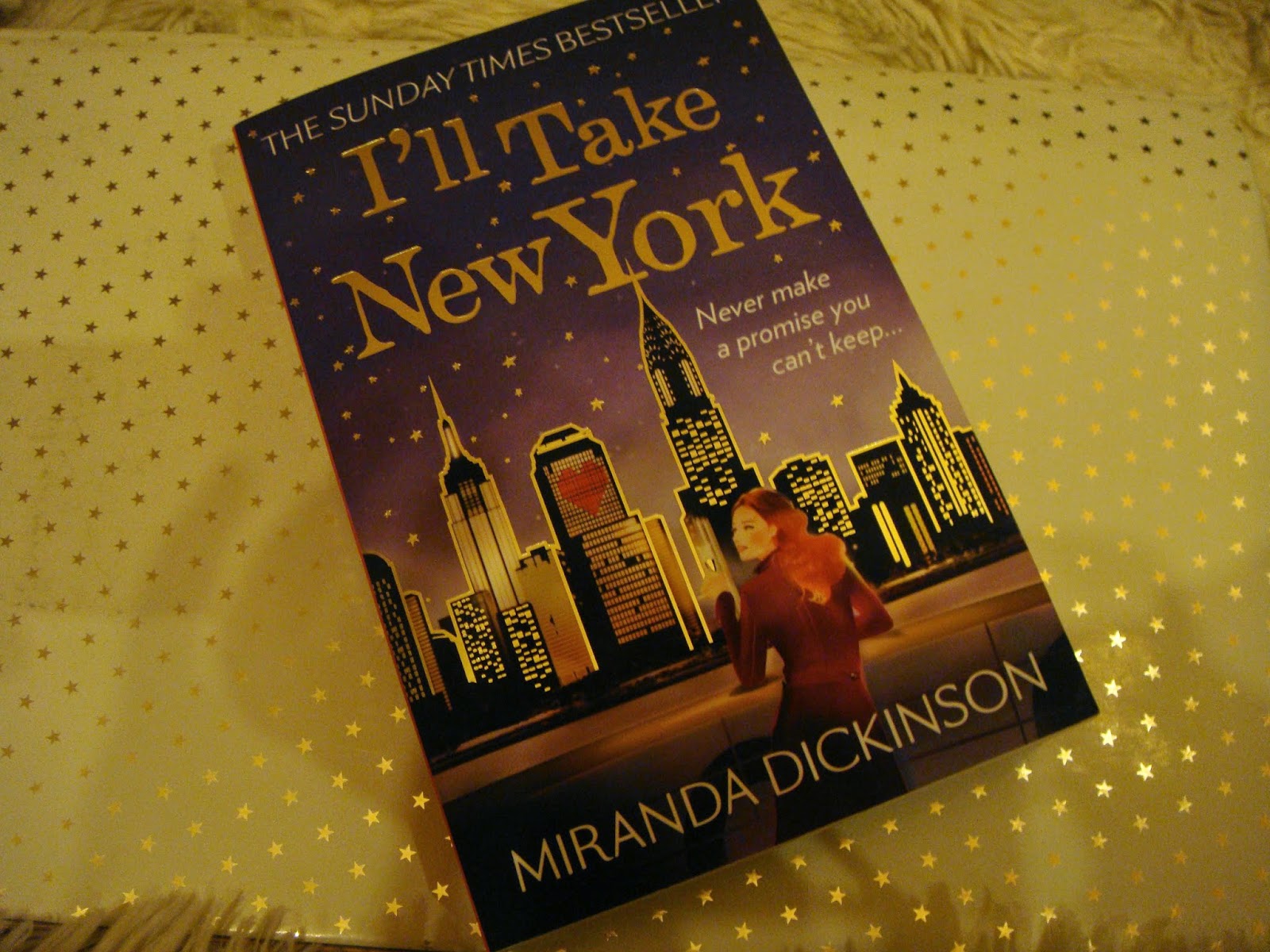 I've been looking forward to reading I'll Take New York by Miranda Dickinson and I wasn't disappointed; I think it's her best novel yet!
A real romance: not too fluffy and not too gritty.  Just right!
It's her sixth novel and, although not a sequel, its characters are connected to Rosie and Ed in her first one, Fairytale of New York.
Ed's brother, Jake, who moved to San Francisco for his wife, has been told by her that she wants a divorce.
Bea, from England like Rosie, runs a bookshop with her college friend, Russ. She's been let down in front of her family by her boyfriend, Otis.
Meeting up at a party where Jake is helping out in the bar, they agree on a Pact not to have another relationship with anyone and make the most of their single lives. However, their lives get more complicated than they expected!
I think that Miranda does a great job of writing the dialogue for the American characters. It comes over as being very believable. I loved the settings too, for example, the bookshop when Bea and Russ put on a birthday party, and of course New York which takes star billing with the Wollman Ice Rink in Central Park.
The story is told from Bea and Jake's points of view and I couldn't wait to find out what happened to them in the end.
Which is your favourite Miranda Dickinson book?
Posted by Jean Bull at 21:00 2 comments: