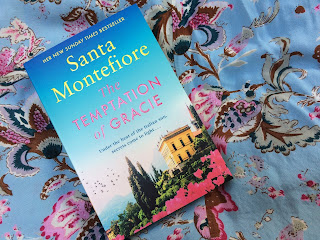 The Temptation of Gracie by Santa Montefiore is a wonderful story of romance and intrigue, set in 1950s Tuscany.
When sixty-eight-year- old Gracie Burton suddenly decides to go on an Italian cookery course at a beautiful Tuscan castle, her friends and family are flabbergasted because she hardly ever used to leave her Devon village, even when Ted, her husband, was alive. However, her daughter, Carina, who has little time for her mother these days because she's busy running her PR firm, says she will go with her, if her daughter, Anastasia, will come along, as she's beginning to feel guilty that she spends so much time away from them both. 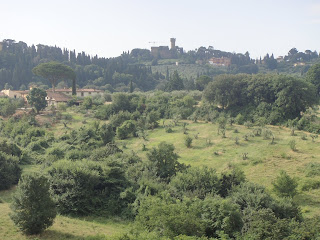 No one knows that Gracie has been to Italy before, but when she was thirteen, her mother's brother, Uncle Hans, offered to take her away to Tuscany to teach her how to restore valuable paintings. Grace's mother agreed, as she had little money, and so she went. There, Uncle Hans looked after her and bought her lovely clothes as she learnt the art of restoration. And there, Gracie fell in love with Count Tancredi.
But, why didn't she marry him? Why did she marry Ted instead? Why has she never told her family about her time in Tuscany? What draws her back there now? 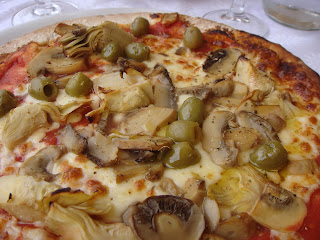 Santa Montefiore paints a beautiful picture of Italy, from the Tuscan summer, to the snow-capped winter hills, where she sets her characters like Mama Bernadetta, whose traditional Tuscan recipes have a magical effect on the participants of her cookery course, including Grace, Carina and Anastasia.

I loved this book. It's the next best thing to going to Italy this Bank Holiday!