Hello Liz, and welcome to my blog. It's lovely to have you here today to talk about your new book A Bargain Struck. 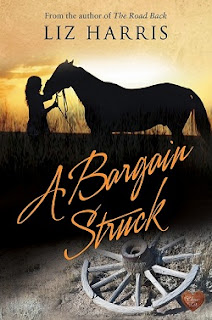 Does a good deal make a marriage?
Widower Connor Maguire advertises for a wife to raise his young daughter, Bridget, work the homestead and bear him a son.

Ellen O’Sullivan longs for a home, a husband and a family. On paper, she is everything Connor needs in a wife. However, it soon becomes clear that Ellen has not been entirely truthful.

Will Connor be able to overlook Ellen’s dishonesty and keep to his side of the bargain? Or will Bridget’s resentment, the attentions of the beautiful Miss Quinn, and the arrival of an unwelcome visitor, combine to prevent the couple from starting anew.

As their personal feelings blur the boundaries of their deal, they begin to wonder if a bargain struck makes a marriage worth keeping.

Set in Wyoming in 1887, a story of a man and a woman brought together through need, not love …

Wyoming is an ocean away from Ladakh, north of the Himalayas, where your first novel, The Road Back, was set. What made you choose nineteenth century America? 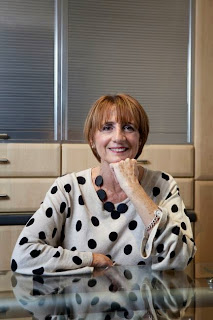 My starting point was the subject of the novel.


To wind the clock back. When wondering what novel to write after The Road Back, I knew only that I wanted it to be another historical novel, and that, having loved learning about the culture of Ladakh for The Road Back, I’d be happy to explore another culture again.

I was driving along the road one day, mulling over ideas for a novel, Radio 4 on in the background, when I heard the words ‘mail-order bride’. A bolt of excitement shot through me: I’d found the idea for my next novel.

I didn’t want to set the novel in Russia, however, which was the subject of the Radio 4 programme. Fortunately, I knew of an alternative, very romantic location where mail-order brides were fairly common – the American West in the mid-nineteenth century. And by the time I’d reached my destination, this had become the setting and period for A Bargain Struck.

How common was it for a man like Connor, a widower with a young daughter, to advertise for a wife to look after his homestead and bear him a son? 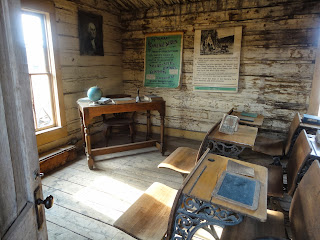 Fairly common. The men advertising might well have different backgrounds and characteristics, but their reasons would be pretty much the same.

For a man, the pioneering life meant working outside the house from dawn to dusk, cultivating the 160 acres allowed under The Homestead Act of 1862. He couldn’t, therefore, also tend the vegetable garden to provide food for their immediate needs, make their produce into preserves, cook the meals, make and wash their clothes, clean the house, look after any children. He needed a woman to do the woman’s work while he did the man’s work.

And he needed help in the fields and someone to take over the running of the homestead after him, which meant that he needed a wife rather than a housekeeper.

Ellen wasn't entirely honest about herself. Did you come across any other stories of women being economical with the truth in your research? 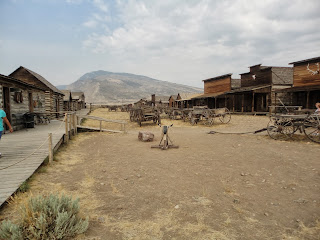 Not really, but I assume that women who were desperate to find a husband would be sparing about anything negative about themselves. I know that I would be!

When researching A Bargain Struck, I read a number of letters between men and women who were getting to know each other – although not in a mail-order bride situation - and I was struck by how down to earth they were and how mundane were the details in their letters. The pioneers of the American West were definitely not given to extravagance of expression. In fact, I’d go even further in saying that they clearly mistrusted ‘romantic’ feelings and avoided giving expression to them.

This makes sense when you realise that marriage was essentially a practical matter: both parties were working hard to make sure that there was food on the table and a future for the family. Expressing extreme feelings of either kind could jeopardise the harmony that they needed in order for their homestead to survive.

You have lived in America. Was writing about the Wild West something that you'd always wanted to do? 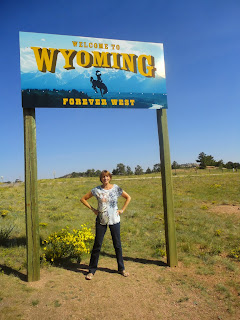 It’s a period that’s always fascinated me, but to be honest, for the six years that I lived in California, I wasn’t thinking about writing anything – I was far too busy enjoying the fabulous life I was having. I did read voraciously, though, and I devoured many books about the American West. My fascination with the period stayed with me after I returned to England, so hearing those words ‘mail-order bride’ when I was looking for an idea for the next book …

What are you working on at the moment, Liz? Is it set in another distant country? 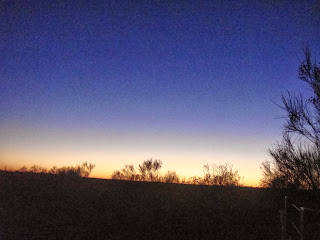 I’ve just submitted the novel that will come out in September 2014. The working title is In a Far Place. That title might change, though. This time I don’t have Radio 4 to thank for the idea - I have the readers of The Road Back to thank for it.

I’ve received an amazing number of letters from people who’ve read The Road Back, and a number of readers have asked what happened to the missionaries’ son, Peter. When a fellow Choc Lit author asked me the same thing last November, I knew that I’d found the idea for the novel that I would be writing this last year, and that became In a Far Place. It is set in Cobar, on the edge of the outback in New South Wales, Australia so, yes, it is in another distant country.

Now that I’ve finished the novel, I’ve started to write a novella set in the American West. I so enjoyed writing A Bargain Struck that I don’t feel ready to leave the period and setting just yet. After Christmas, I’ll be starting another full-length novel, which will be destined for publication in 2015, but in the meantime, I’m back in Wyoming in the 1880s.

I already have two ebooks out under the Choc Lit Lite label, Evie Undercover and The Art of Deception. This novella will, I hope, join them.

Your novels also have historical settings or connections. Which other place and time would you like to travel back to if you could? 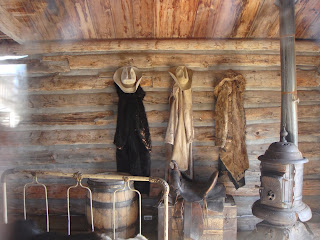 And if I went back in time, there would always be the proviso that I would be one of those Upstairs and not one of those Downstairs, which might be against the time-travel rules. I just can’t see myself rolling up my sleeves and blacking a grate. 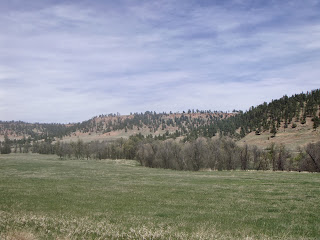 I think the truth is that I love the present, with all its faults and flaws, and have no real desire to go back in time anywhere other than in my head. However, when I’m writing about a period that interests me greatly and have immersed myself in the time and place, I would rather like the satisfaction of going back and seeing if I got it right.

Thank you for answering my questions today, Liz, and good luck with In a Far Place too!

A Bargain Struck is available from Apple iTunes, Kobo, Nook, and here on Amazon.

You can also find out more about Liz on her website:
http://www.lizharrisauthor.com