For a Gripping Read, Try Bay of Secrets by Rosanna Ley 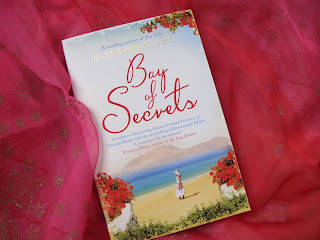 Bay of Secrets is Rosanna Ley's second novel, and the second that I've enjoyed in a bid to read them all this summer.
Known for her skill in intertwining place and story to make an epic multi-stranded romance, this one is set in Barcelona, The Canary Islands and England. This made me very pleased because I visited Barcelona in August and I love to have a book to read set in the place I'm staying! 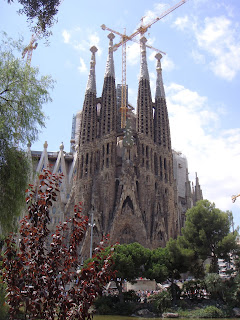 However, the Barcelona that Sister Julia lived in at the time of the Spanish Civil War could not have been anything like the modern city of today, apart from the fact that the amazing towers of the Sagrada Familia would have stood there waiting for the church to be finished as they still do in 2015.

Sister Julia is one of the three main protagonists. Her parents could not afford to feed her, but wanting her to be safe during the war, forced her to join a convent against her wishes. Here she, unwittingly at first, helped Dr Lopez who fasified death certificates and handed babies over to parents to adopt for large sums of money. On finding out his treachery, she begins to keep a book recording the names of the mothers, their babies and who adopted them. Will she ever be able to help any of the children to find out who they really are?

In 2011, Ruby Rae's parents are killed in a motorcycle crash. Clearing out their house, she discovers a shoe box containing a photo of a hippy girl with a baby, love beads and a baby's bonnet and wonders what they could mean.

Meanwhile Andrés Marin, born in Fuerteventura in The Canary Islands, was also sent away by his father because he promised to be a better artist than him. He came to England and spent seventeen years in Dorset setting up a building business. He meets Ruby at an auction when they both bid for a dilapidated  seaside cottage. Will 'hate at first' sight turn into love for them?

Through the themes of adoption; being wanted or not being wanted by parents; art, and the colours of West Dorset and The Canary Isles, Rosanna paints gripping story. It's not an easy heartwarming read because of what the characters have to go through, but you can't help reading on to find out what happens to Ruby and Andrés, and what Sister Julia's little book of names has to do with their lives.