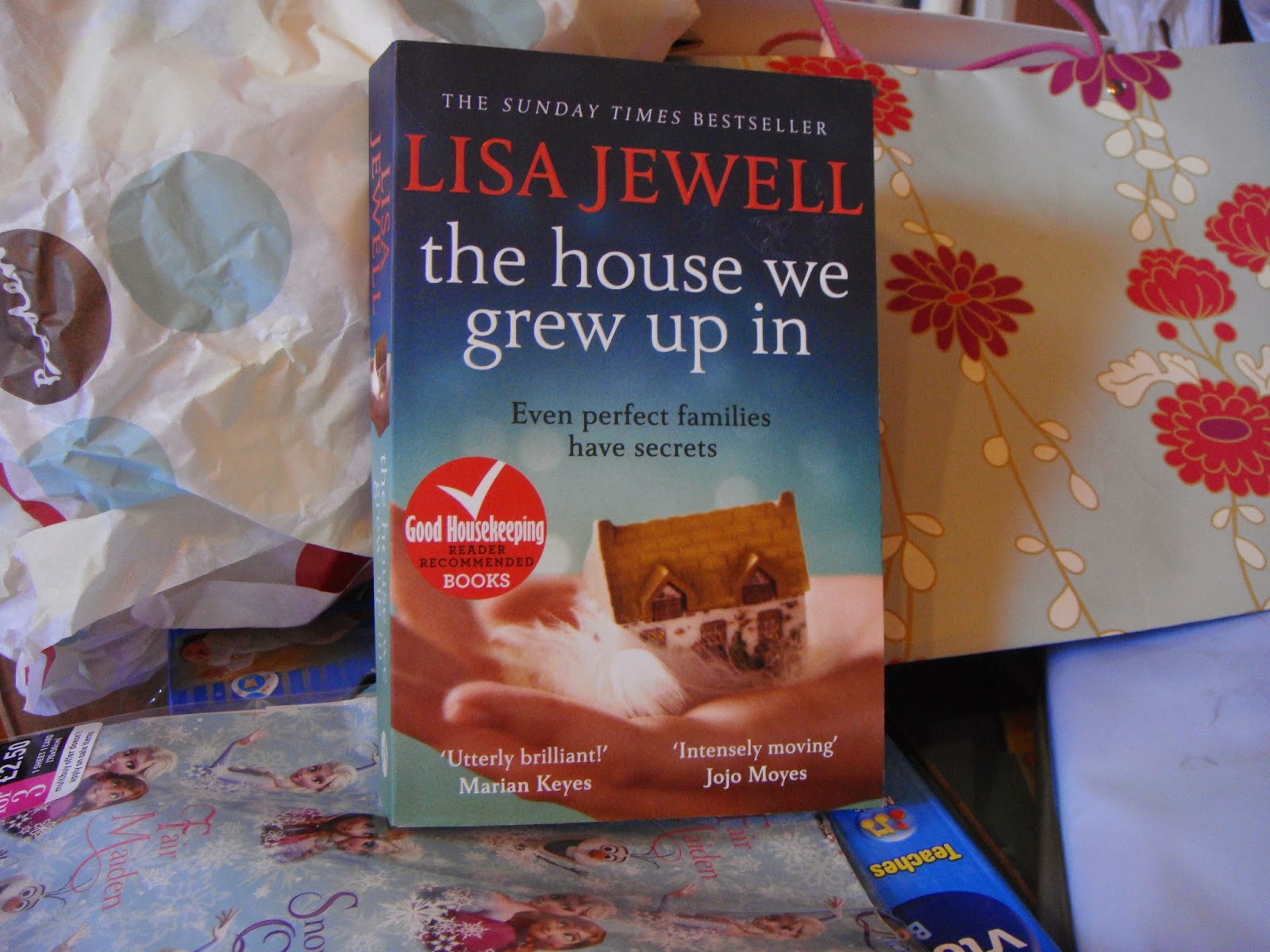 Are you a hoarder? I am a bit; it didn't take long to find some gift wrap to use as the background for my photo here.  But Lorelei Bird has more of a problem: she's unable to throw away anything and her house has become literally stuffed full of junk or, as she calls it, her memories of good times. Each item a reminder of a particular day or event.
She started by collecting things for her craft box which she kept under the stairs, particularly the shiny foil wrappers off the Easter Eggs she hid around their lovely garden each Easter Sunday.
Thirty years ago, the Birds were a perfect family: Lorelei, Colin, Megan, Beth and the twins Rory and Rhys living in their perfect house in the country, until one Easter, something happened that was so terrible that it destroyed their life altogether.
Lisa Jewell has written a jewel of a book. Weaving backwards and forwards in time, each Easter from then to 2011, she unravels their story and temps us to discover who was actually to blame for the disastrous event.
It is not a traditional Easter story with bunnies and fluffy chicks; it is quite harrowing to read in places, but it is a story that grips your attention, so you keep reading, caught up with their lives, until the end.
Do you have a favourite Easter novel?
Posted by Jean Bull at 07:00 No comments:

Email ThisBlogThis!Share to TwitterShare to FacebookShare to Pinterest
Labels: 'Easter', 'hoarder', 'Lisa Jewell', 'the house we grew up in'

CS Lewis, The Last Battle and The Total Eclipse 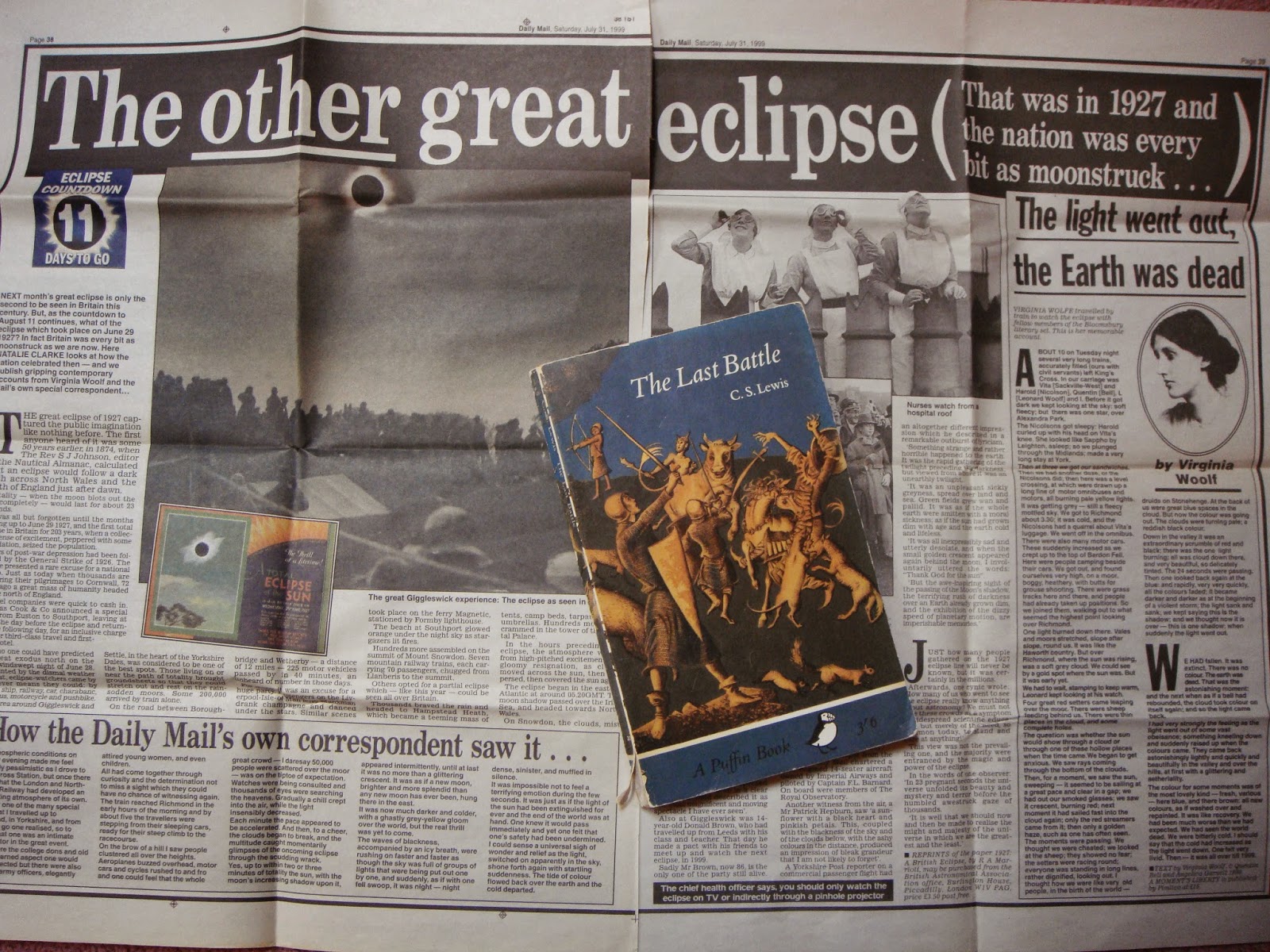 Back in 1999 when Britain was getting ready to watch only the second total eclipse of the twentieth century, the Daily Mail ran an article about the first one which took place on June 29th 1927.
The best place to view it was the Yorkshire Dales, and to quote the paper, people arrived there 'by plane, ship, railway, car, charabanc, omnibus, motorcycle and pushbike'.
Virginia Woolf even arrived by train with other members of the Bloomsbury set.
The Mail included the report of their very own correspondent who described seeing the total eclipse through a break in the clouds with a crowd of fifty thousand on Richmond racecourse.
He (or she!) described the increasing chill in the air as the light 'insensibly decreased', until the sun hung in the east like the brightest and most splendid new moon. The world now waited, dark and cold in a 'ghastly grey-yellow, gloom'.
'The waves of blackness, accompanied by an icy breath, were rushing on faster and faster as though the sky was full of groups of lights that were being put out one by one, and suddenly, as if with one fell swoop, it was night - night dense, sinister, an muffled in silence'.
Anyone watching the eclipse could not help believing, for the few minutes of totality, that the end of the world was at hand. 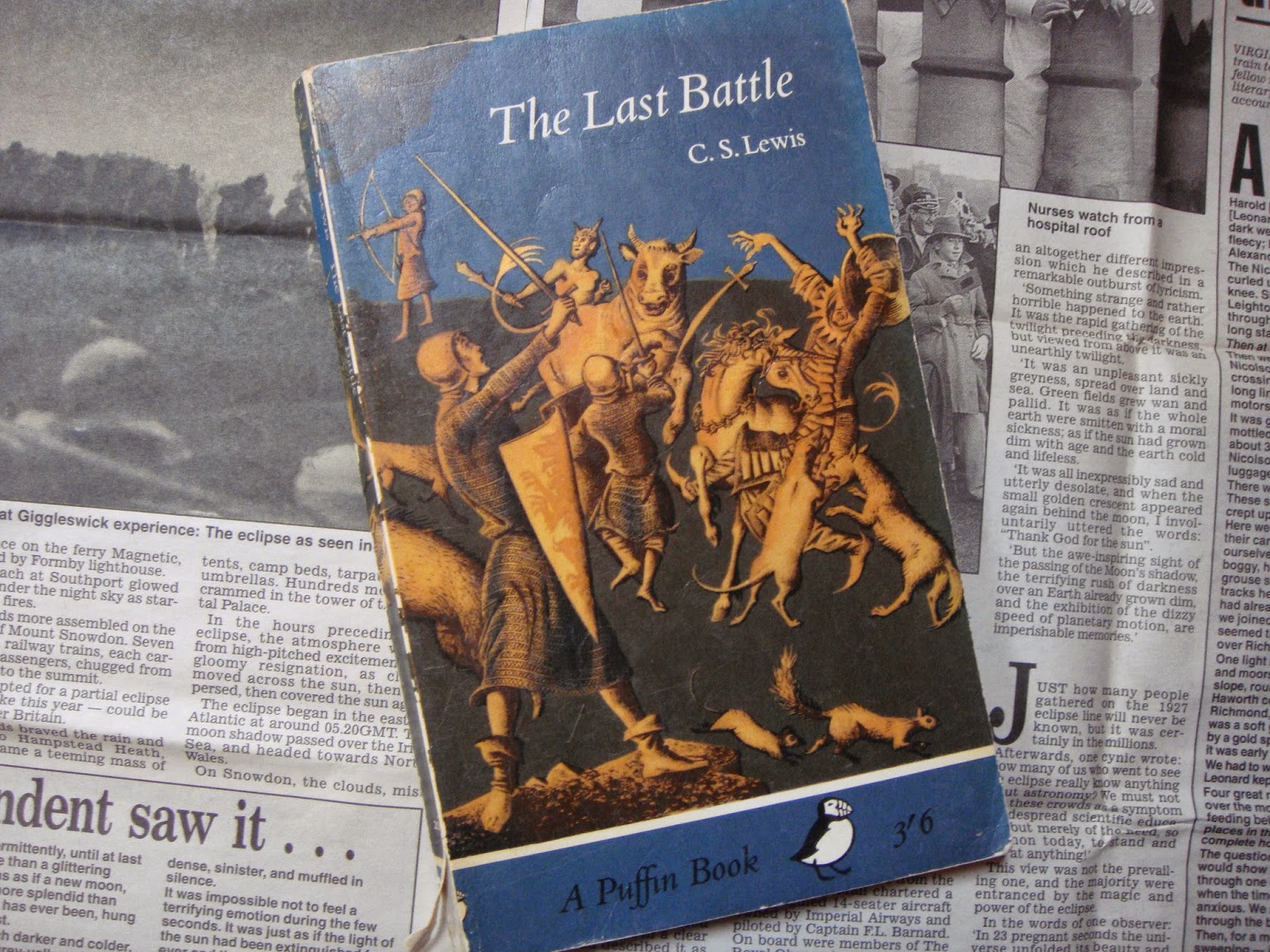 It was interesting to read that amongst the crowds heading for Yorkshire, the Daily Mail correspondent mentioned that there were some 'college dons'.
Now, in 1925, CS Lewis became a Fellow and Tutor in English Literature at Magdelen College, Oxford, so it's quite possible that he made the trip up to witness the eclipse.
This is even more likely if you read his account of  the end of Narnia, in The Last Battle.
In the chapter, Night Falls on Narnia, he describes the moon coming up close to the sun and how the sun's great red tentacles reach out for it and surround it until they were like one huge ball of burning coal. Then Aslan asks a giant to squeeze the sun as he would an orange. And instantly, there was total darkness.
It's nice to think that that CS Lewis might have witnessed the eclipse in 1927 and made some notes to be used nearly thirty years later in his final Chronicle of Narnia.

Don't wait two years to read The Italian Wedding by Nicky Pellegrino like I did! 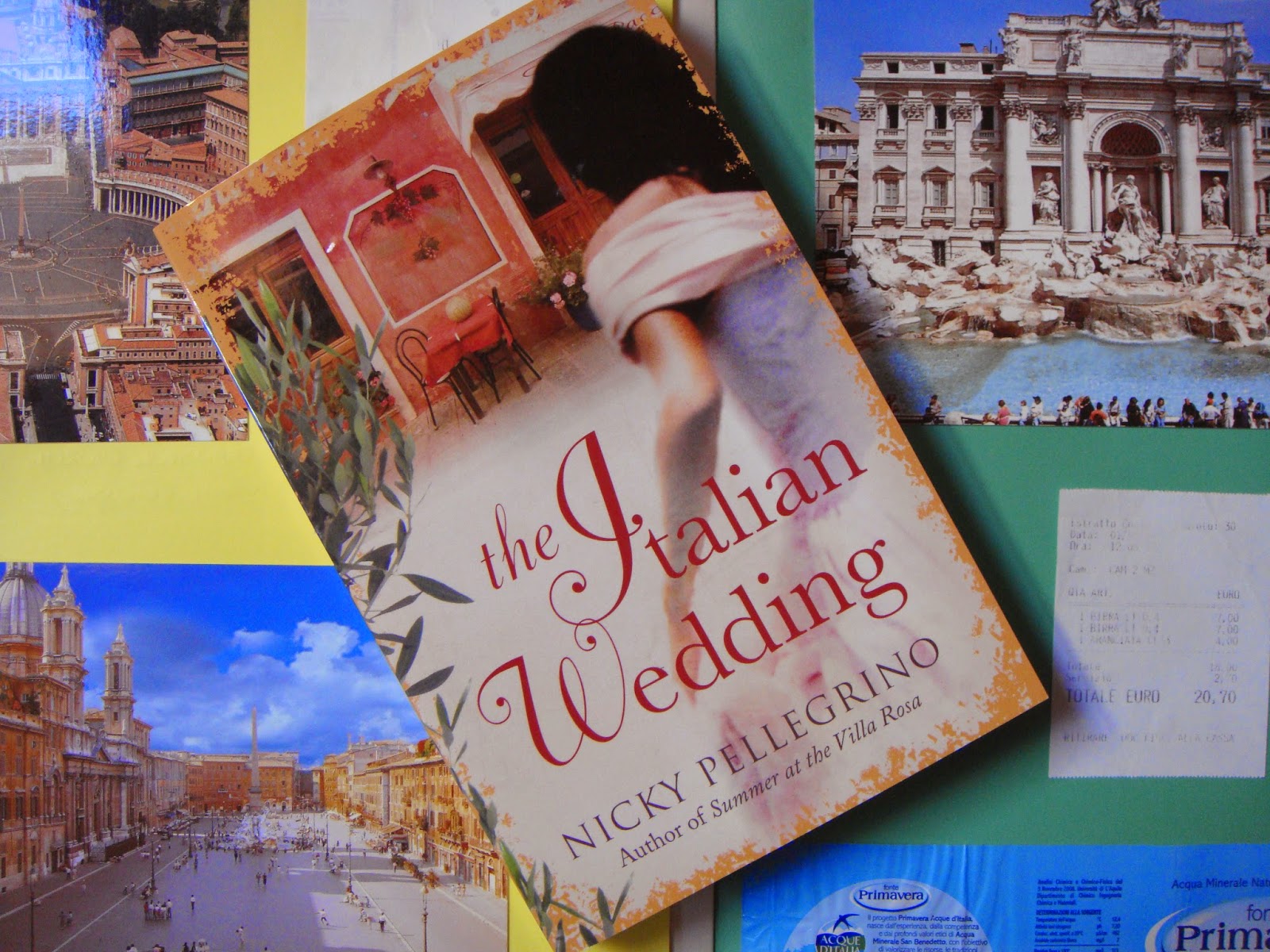 I bought The Italian Wedding by Nicky Pellgrino two years ago, and can't understand why I didn't read it sooner!
It's got all my favourite things: weddings, cooking and Italy, of course!
The book starts straight off with Beppi Martinelli's recipe for aubergines in tomato sauce with mozzarella and parmesan: Melanzane alla Parmigiana. It's sounds delicious, and even better in Italian!
Beppi's daughter, Pieta, can't understand the long feud her father has with Gianfranco DeMatteo who owns a grocer's shop near their restaurant, Little Italy, in London.
She works for a wedding dress designer, and she is concerned to find that her latest customer is Helene who is to marry Gianfranco's son, Michele, the boy she has always wanted for herself. However, at home, she is making a wedding dress for her sister, Addolorata, and whilst she and her mother, Catherine, sew on the tiny shimmering beads, Catherine tells her the story of how she and Beppi met  in Rome, and the part Gianfranco played in the story.
It is a lovely picture of Italy all those years ago: all Vespas and full skirts, mixed with the relationships of the young people of today, and I can thoroughly recommend it for a satisfying read.