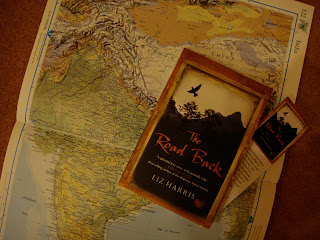 Boy and girl fall in love, and are kept apart. A story structure that has stood the passing of time since Shakespeare and probably before.
Liz Harris has put it to good use here in her novel, The Road Back, about 1960's English girl, Patricia, who goes to Ladakh with her father, Major Carstairs, to travel his 'road back' to the place that had enchanted him during the war. Here she meets the love of her life, Kalden, the fourth son of a Ladaki family who is destined to become a monk.
Ladakh is to the north of India, in the foothills of the Himalayas, and so very different from England, and Liz draws it beautifully, making it reflect the relationship between these star-crossed lovers. The story is sensitively paced as their love grows, but will they travel the 'road back' to each other? Is it even possible?
You will have to read it to find out! 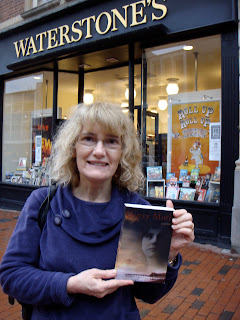 A Spell for a Hopeful New Writer


Take a sprig of Scottish Heather,
And a rip of Parchment Paper,


Stardust from the Northern Lights,
And Dragon Tears to give you frights,


Mix them with a Silver Spoon,
In a small bowl made from Stone of Moon,


Add a Nailclipping from yourself,
And your book will appear on Waterstone's shelf!!

For more fabulous spells to promote the launch of How Do You Voodoo? visit Janice Horton's blog and Party, Party, Party! 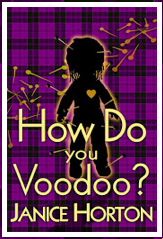 Email ThisBlogThis!Share to TwitterShare to FacebookShare to Pinterest
Labels: 'How Do you Voodoo?', 'Janice Horton', 'The Spellbindingly Fun Blog Party', Waterstone's 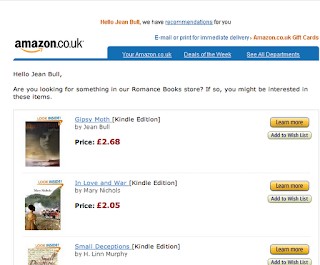 The picture's bit fuzzy, but I had an email today from Amazon recommending some Romance books and Gipsy Moth is on the top of the list!!
I've read it of course, but if you want to have a look, you can find it here!
Gipsy Moth
Posted by Jean Bull at 09:04 No comments: 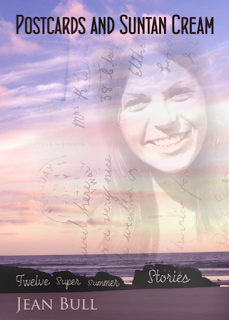 Here is my fabulous new book cover from Samantha Groom who created the one for Gipsy Moth (which you should be able to see in the right hand column).

I wanted something dreamy and light to reflect my summery stories in comparison to the more serious nature of my novel, but on the other hand, I wanted it to be similar to show that it was another book by me!

Samantha came up with some excellent ideas, and after lots of exciting emails, when new designs appeared almost daily like magic in my inbox, she produced this one, which I love because it gives the flavour of some of the stories which are set in the Sixties using a genuine photo and postcard from that time.

As you can see, it's called Postcards and Suntan Cream and I'll  be launching it in the New Year when thoughts will be turning towards holidays in the sun.
If you are looking for a cover for your book,  contact Samantha at magicat45degrees@googlemail.com. 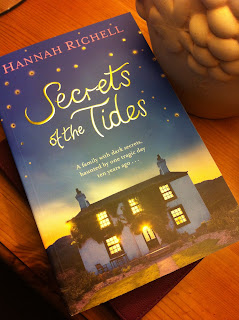 Writing experts are always telling us to write about what we know, and Hannah Richell has done just that in her compelling  first novel, Secrets of the Tides which is set in her beloved Dorset where she spent many childhood holidays with her family. This is quite poignant as she now lives in Sydney, and it's a long way to come back to visit her favourite spot on the south coast!
That is as far as the familiar goes in this story about a family tragedy which takes place on the last day of the summer holidays and plunges the Tide's into ten years of of guilt and regret for the events of that day.
The plot follows Helen, the mother, and Cassie and Dora, her daughters, as they come to terms with the tragedy. This may sound a little heavy, but Hannah tells the story with such compassion, that you feel for each of them as the years go by.
Centre to it all is Clifftops, the house which belonged to Richard, the father's, parents which sets the scene for the story and acts as a background through the years, and the Dorset coastline which is described in much detail, and illustrated at the end of the book with the author's notes.
The only quibble that I have with the book is that it switches backwards and forwards through time, which made me feel a little dizzy until I was able to begin to build up the story, however, this method acts as a teaser to make you keep reading!
So all in all, I loved it and as I said in the title to this blog, I just had to sit down and finish it!
Have you read a book recently that has had that effect on you?
Posted by Jean Bull at 17:14 7 comments: 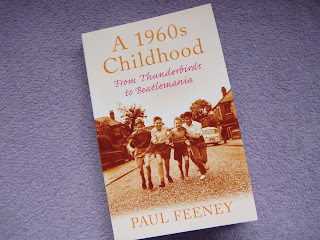 I love the Sixties and was lucky enough to grow up in that magical decade when anything seemed possible, including landing a man on the moon. Fabulous!
So I was really pleased to find this book in a National Trust shop, although it's also available on Amazon.
Paul Feeney gives a nostalgic account of the Sixties starting on January 1st 1960, listening to Jack de Manio (remember him?) on the Today programme (no breakfast TV then or even Radio One) and moving through the decade.
Each page jogs a memory:
Remember party line telephones, Encyclopaedia Britannica door-to-door salesmen, and when postmen wore uniforms like Postman Pat, and not shorts in all weathers?
Remember School Friend magazine, outside toilets in the school playground, and playing two ball against the wall?
Remember Worzel Gummidge, The Clitheroe Kid, and Crackerjack?
'It's Friday, it's five o'clock and it's Crackerjack!'
And all the children in the audience would yell, 'CRACKERJACK!'
I adored Thunderbirds, Stingray, and  Fireball XL5 with Steve Zodiac too, however, Paul Feeney said he watched Laurel and Hardy, but would have loved to have some kind of recording device to allow him to see them all!
It's hard to believe that 50 years ago this week, The Beatles released their first single Love Me Do, which only reached number 17 in the charts, but Paul mentions that their second single Please Please Me got to number 1, and was the beginning of Beatlemania in the UK and America.
This is truly a fabulous book, illustrated by some atmospheric black and white photos of magazines, adverts and cinema posters, and whether you read it for the memories, or you are researching into those  times, or just curious about what it was like to be a child in your parents' time, it is well worth a read. The only thing that I would add would be an index to help look things up.