The Age of Miracles by Karen Thompson Walker - A View of an Alternative Future ...... 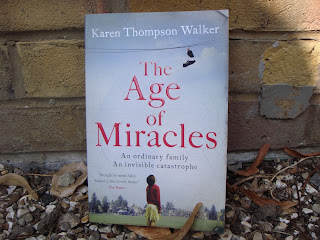 I've just read The Age of Miracles by Karen Thompson Walker because I was intrigued by the premise of this story: what would happen if the world slowed down on its axis and the days and nights got longer?
The scene is set in a Californian community on a sunny Saturday, everybody going about their business until the news breaks. It follows eleven-year-old Julia's story and the effect that the 'slowing', as it is called, has on her friends and family.
It reminds me of words from The Second Coming by WB Yeats:

Time as we know it no longer has any meaning; students are told to ignore the bells that sound at the end of a lesson. The day is already over twenty-five hours long, and this is just the beginning.
Some families flee inland to be with their loved ones, leaving amongst others, Julia's family and Seth, a boy she's always had her eye on, to face their strange fate.
Julia always talks about things like 'later we realized', so you know she survived, but to what cost?
She is an increasingly isolated young girl trying to make sense of an increasingly complex world where literally night is day and day is night.
I thought it was a very interesting read, aimed at anyone from young adults to adults who are curious about an alternative future.

What do you think would happen if the world slowed down on its axis?
Posted by Jean Bull at 12:12 2 comments:

I couldn't put down The Secret Keeper by Kate Morton 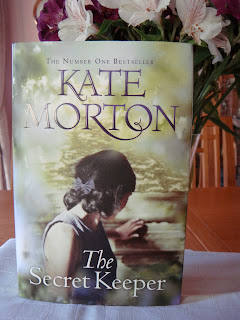 I began reading The Secret Keeper by Kate Morton on my Kindle on the train to the RNA Conference in Sheffield, and was totally engrossed in the story of Laurel Nicolson who, along with her baby brother, are the only witnesses to a murder in the summer of 1961.
Kate Morton takes the reader back to the events of 1941 in war torn London, and forward to 2011 and Laurel's attempts to discover the truth before her elderly mother, Dorothy, passes away.
The story centres around Dorothy, Vivien and Jimmy. How they grow up and how their lives become entwined, and what this has to do with the mysterious murder.
It is a fantastic read, and is hard to put down with all the twists and turns of the intricate plot. I was really kept guessing until the end.
Kate is as good at describing Vivien's childhood home in Tambourine Mountain, Australia, as she is at describing London in the Blitz, and all her characters are believable and true.
I have to mention that I was thrilled to get a hardback copy of the book at the Conference, but because it was 600 pages long, it was too heavy to read in bed, so I finished the novel on my Kindle! Also, because it was so long, it took me four weeks to read it instead of two, but it was worth it!
Have you read any of Kate Morton's novels?

Getting Married? You Must Read The Wedding Diaries by Sam Binnie 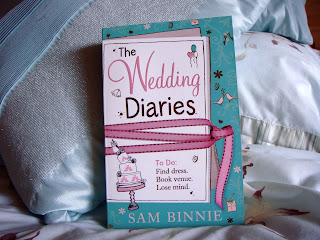 I've really enjoyed reading The Wedding Diaries by Sam Binnie. It's the story of Kiki and Thom's wedding told in diary form - perfect for brides to be (and their mothers), though the latter may be in need of a stiff drink afterwards!
We follow Kiki through her eventful engagement; through the ups and downs of planning her wedding; meeting her family, including her pregnant sister, Suse; and the larger than life characters that she works with at Polka Dot Books; to virtually being a guest at her wedding!
Also in a parallel story, we follow the glitzy showbiz wedding preparations of one of Kiki's authors, Jacki Jones, a TV soap actress, whose extravagant plans are so different from Kiki's own.
At the end of the book Sam has provided a useful note book of hint and tips of organising your own wedding, with lots of good ideas for saving money. 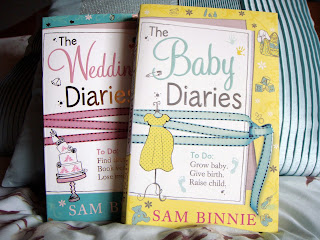 She obviously draws on her experiences in writing her books, because having spent seven years in publishing and getting married, her latest book is a sequel called The Baby Diaries about her experiences of childbirth!
You can find my review here on Dot Scribbles' excellent book review site!