Guest Blog: Jenny Barden and Mistress of the Sea


Hello, Jenny, and welcome to my blog to celebrate the paperback release of your Elizabethan novel, Mistress of the Sea, which traces the first of Drake's great adventures, but with one special difference - suppose a woman had, by chance, been on the voyage? It sounds like a fabulous romantic adventure!

Drake's ship, The Swan, sets sail for the New World with a crew of pirates hell-bent on Spanish treasure. Among them is Will Doonan seeking both his fortune and revenge for the loss of his brother.

But unbeknown to all, young Ellyn Cooksley has stowed away. And her presence aboard ship will prove to be more tempting to Will than gold. . .

Why did you decide to give the story a new angle and include a woman?
The simple answer is that I am a woman and I wanted a means of projecting myself - and women readers - straight into the heart of this fascinating episode in history. I could have written the story from the perspective of one of Drake's men who took part in the voyage as a matter of record, or, indeed, from the point of view of Drake himself. In fact my original outlines were for just such a book. But that approach would have channelled me towards writing the kind of action-packed thriller that is usually targeted at male readers, and marketing it would have been difficult since we all know that male readers of blokey adventures really want their adventures to be written by blokes! By involving Ellyn Cooksley, the kind of lady that I hope most female readers will be able to identify with, I was able to provide a persona for women to inhabit in the thick of this wonderful true story. The door was then open for the story to become romantic and fully rounded emotionally. I have a male protagonist as well: Will Doonan, also fictional, and through Will I've been able to play out much of the raw physical action of the real-life adventure. So 'there is something for most everyone here' as HF buff Sarah Johnson has said - and that's exactly what I've found from responses so far. The story was crafted to involve women, but it engages men as well.

It sounds like writing about a woman really gave your story a hidden depth! What gave you the idea to write a novel about pirates and privateers?
I didn't purposefully set out to write about pirates and privateers, though I've always found pirate stories appealing. My aim was to cover a little known and exciting period of English history that involved the opening up of the New World. It's the travelling to unknown places that really attracts me, the interface between cultures when they meet for the first time, the bravery and daring of the Renaissance explorers, the seeds of the birth of England as a power on the world stage, the drive for freedom and conflicts of loyalty: all these are issues that are covered in Mistress of the Sea, directly or tangentially. I'm very pleased that those who love nautical fiction, pirates and seafaring have picked the book up and been very enthusiastic about it, but Mistress of the Sea is not a dedicated 'pirate' adventure. The truth is that I homed in on this early exploit of Drake's because so much of the action took place on land! I didn't trust myself to write a pure 'high seas' tale in the Aubrey-Maturin model to the exacting standards set by Patrick O'Brian; I'm quite sure I'd have fallen short. But I loved the bravado of Drake and his men in this very first successful engagement with the Spanish - it was a real David and Goliath encounter, and Drake only succeeded through amazing persistence and breathtaking courage.

Watching the adventures of Sir Francis Drake on TV sparked my interest in history. How did you become interested in it? 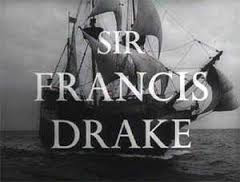 Escape, in a word - but not escape into fantasy or the science fiction of the future - I mean escape into the world that is ours but on another level beneath the surface. In fact I often feel that the 'here and now' of existence is simply one thread and that other levels of reality are wrapped around us that we can reach for if only our minds are receptive to them. I'm probably expressing that very clumsily, but think of walking to a hill top, as I did yesterday, and seeing the patterns of long lost human settlement going back over two thousand years in the lie of the land and the earthworks of an ancient hill fort. It doesn't take much for me to feel close to that in ways beyond physical proximity. I can conjure up images of the place as it must have been once with the landscape reversed, bare on the summit and wooded down below. I can picture the faces of the people who once lived there, smell the smoke of their fires, hear their laughter. The effort for me is to stop the past invading the present too much. I suppose this kind of imagining comes much more easily with writing historical fiction; it's born of a deep love for what's gone before and what's shaped us as people. Where did that begin? If I go right back to my earliest happy memories then they're of acting out tales of legend based on the heroism of knights - lying in my bed, watching the dust dancing in sunbeams, seeing mountains and castles and an endless world to discover.

Yes, I can feel history around me all the time as well, and I can't wait to hear about the sequel you are writing!
My next book is The Lost Duchess, due out 7 November, and the background to it is the enduring mystery surrounding the 'Lost Colony' of Roanoke which was the first attempt to found a permanent English settlement in America. The story is another romantic adventure, one that does not need to be read with Mistress of the Sea but which follows one of the characters from that first book: Kit Doonan, Will's brother. With Kit is Emme Fifield, a lady-in-waiting to Queen Elizabeth, on a quasi secret assignment for both Walsingham and the Queen, and together they leave on this expedition with high hopes of beginning a new life in the Eden of early Virginia, only to have them crushed in the face of hostile native Indians, the hardships of survival, and continuous unexplained threats. I'll set out the jacket blurb if I may:
Once a lady-in-waiting to Queen Elizabeth, her only hope of surviving the scandal that threatens to engulf her is to escape England for a fresh start in the New World, where nobody has ever heard of the Duchess of Somerset.

Emme joins Kit Doonan's rag-tag band of idealists, desperados and misfits bound for Virginia. But such a trip will be far from easy and Emme finds her attraction to the mysterious Doonan inconvenient to say the least.
As for Kit, the handsome mariner has spent years imprisoned by the Spanish, and living as an outlaw with a band of escaped slaves; he has his own inner demons to confront, and his own dark secrets to keep...

This sounds like another gripping story! However, if time travel were possible, which era would you like to travel back to, apart from the Elizabethan one?
There are many eras I'd love to visit, but since I've started talking about the hill forts of the early Iron Age let me choose that for now.

In fact I have a picture I can share with you. See the lynchets or early field terraces on this slope? I don't know this for certain, but I've got a good hunch that's what they are!

Mistress of the Sea was released in paperback on June 20th and is available here on Amazon.

You can find out more about Jenny Barden on these sites:
Website: http://www.jennybarden.com/
Twitter: https://twitter.com/jennywilldoit
Facebook: https://www.facebook.com/jennybardenauthor
Blogs are on other sites eg: Historical Novel Society and Whims and Tonic
Goodreads: http://www.goodreads.com/author/show/6438523.Jenny_Barden
She is also a member of the Romantic Novelists' Association, the Historical Novel Society and the Historical Writers' Association