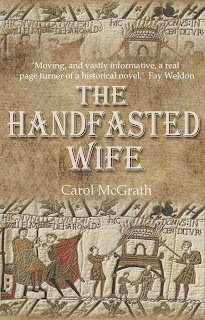 Hello, Carol, and welcome to my blog to talk about your new novel, The Handfasted Wife, an exciting adventure story of love, loss, survival and reconciliation, set in the time of the Norman Conquest.


Harold loves Elditha, his beautiful handfasted wife for many years, and she loves him back. It is Christmas 1065. When King Edward dies, Elditha’s husband is elected king.


To her horror she is set aside for a marriage that will unite north and south against a Norman threat. But the Conqueror swoops over the channel, burns their lands and destroys King Harold.


Can Elditha protect her family from the Conqueror’s wrath?


Firstly, I would like to ask you what ‘handfasted’ means. 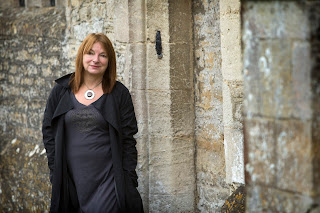 Handfasting was a traditional form of marriage whereby partners exchanged their vows in the Hall usually without a priest present. It was binding and accompanied by the passing of goods or lands into the marriage. Their hands were tied together during the ceremony beside the whetstone at the Hall entrance. This form of marriage was known as more danico (in the Danish Way). It was frowned on as Augustine reforms reached England during the eleventh century. By then the church had taken control of marriage which became religious and blessed by a priest. After this change a ceremony occurred in the Church porch followed by a wedding mass. Handfasting allowed Harold II a let out when he was crowned king. He was able to set Edith Swan-Neck aside for a politically expedient marriage. He was not the first English king to do so either.


The Battle of Hastings was between the armies of two powerful men, King Harold and William, Duke of Normandy; why did you choose to write the story about a woman?

Edith Swan-Neck’s story interested me after I visited The Bayeux Tapestry on a trip to Normandy. The Tapestry is an amazing and intriguing work of early medieval embroidery. The video that accompanies the Tapestry where it is exhibited in Bayeux suggests that Edith Swan-Neck, Harold’s handfasted wife, identified his body on the battlefield by marks only known to her. I was intrigued and wanted to know more. I was also fascinated by the fact that there are only three women depicted on The Bayeux Tapestry. When I researched these women I discovered that at least one Tapestry Historian (Andrew Bridgeford) thought them to be royal women and that the vignette which especially interested me, depicting a burning house from which a women and child are fleeing, may, in fact, represent Edith (Elditha), King Harold’s first wife and her child Ulf. She had five living children with Harold who all were considered royal and who are recorded on the historical record. Ulf was taken as a child hostage into Normandy and not released for over twenty years! By then he was a Norman knight!


Apart from the story of Elditha, what else is it about the time of the Norman Conquest that intrigues you so much?

It is one of the greatest periods of change in English history, and the invasion and take over occurred relatively quickly. Within twenty years the Norman conquerors controlled England and had utterly changed the landscape with castle building and Cathedrals. They intermarried with English heiresses and consequently gained a degree of legitimacy for the seizure of land. The Pope was increasing control during this period, challenging the notion of a ‘royal church’ patronised and controlled by wealthy nobility. The Normans used much of the older system of English law and developed an already emergent feudal system within England. I am fascinated by this earlier medieval period, its sophisticated art and its literature. I tried to integrate this rich culture into the story. Fictionalising the period as a narrative of how women survived is not an angle generally taken on the period of Conquest. It is a gift for the novelist, because when women are threatened they can behave in ways that reach outside the norm. They are thrown on their own resources, and of course, they could and did enter the sanctuary of the convent or marry with the enemy.

How difficult was it to research about people who lived nearly a millennium ago?

I was fortunate in that I was on an MPhil in Creative Writing at Royal Holloway.  I learned the language, read the poetry and immersed myself in research in the Bodleian Library. I looked at chronicles, calendars, poetry and scholarly writing about the period. Gradually, I pieced together a picture of England during this dramatic time. I studied embroidery and researched architecture, attended conferences and studied the religious nuances during this time. There are excellent books written about queens and, importantly, about medieval women who are always marginalised in historical accounts. One I am particularly grateful for is Henrietta Leyser’s Medieval Women. Equally, there were snippets documented about Edith Swan-Neck in contemporary writing, just the odd footnote to an historical account, but these were enough to work with.

The Handfasted Wife is the first of a trilogy. Can you tell us what your next book is about?

I am writing about Gunnhild, King Harold’s daughter. She was secured in Wilton Abbey during the Conquest. Yet, it is recorded in Oderic Vitalis’s Chronicle and in Edmar’s Chronicles (both written close to the times they describe) that she eloped from Wilton with an infamous Breton who was seeking a noble English wife. This story is about the disintegration of this marriage. It is a real tease of an historical story since following Count Alan of Richmond’s death in the late 1080s she ‘took up’ with his heir, a half-brother. Letters written in 1092 from Archbishop Anselm of Canterbury to Gunnhild advise her to return to Wilton but will she follow his advice? This novel is a love story that explores a woman’s life and her adventures during thirty years following the Conquest in a castle in Yorkshire which I consider as Gothic in atmosphere before Gothic was, in actual fact, an architectural form.

History is obviously very important to you. What sparked your interest in the first place? 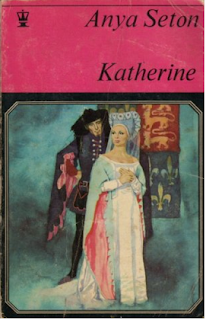 I loved the stories of history as a child. I was always reading historical fiction such as Anya Seton’s novels as a teenager. Historical fiction aroused my curiosity about the past. I was nosey so, of course, I studied History as well as English and Russian Studies at University.

If you could travel back in time, would you visit the eleventh century?


Of course I would travel back in time to the eleventh century! I love the detail of life in the past, what they ate, what they wore, the secrets in their coffers, their hygiene arrangements, all of that.
Though I wonder if the stories I return with might be different to those that come down to us through chronicles. I think, though, that what fascinates me most of all about the past is that human nature is a constant even if circumstances are so different. It is those different circumstances that create tension within the historical novel and also a tension between the reader and the past.


Thank you very much, Carol, for taking part today.  I've learnt so much about writing a book set in the eleventh century!


Thank you for having me as a guest on your blog, Jean. It is a delight to talk about history, the historical novel and The Handfasted Wife here.


The Handfasted Wife is available here on Amazon, and is also available for all e readers.

To discover more about Carol and her writing, visit:


Blog: http://scribbling-inthemargins.blogspot.com/
Twitter: https://twitter.com/carolmcgrath
Goodreads: http://www.goodreads.com/author/show/6942793.Carol_McGrath
She is also a member of The Romantic Novelists' Association and The Historical Novel Society
Find out more on these blogs too: Paula Lofting and Alison Morton