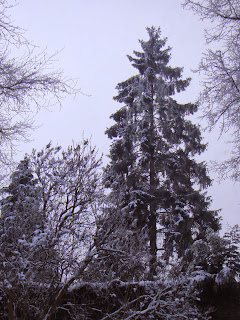 This is Day 3 of my Christmas Kindle Countdown Deal on my historical romance, Gipsy Moth. The price has gone up today, but don't worry, it won't reach the full price until 8am GMT on Thursday 5th December, so bear that in mind if you would like to download a copy!

Yesterday, Kathy replied to Ben's letter, and today, his sister, Abigail, comes with an invitation. 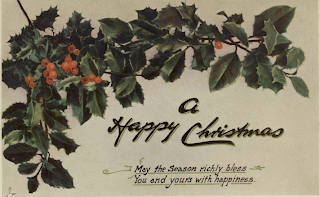 December 21st 1929
Two o’clock in the afternoon of the shortest day of the year, and with heavy snow clouds in the sky, it seemed to be getting dark already. Dad had gone to the football, Mother was knitting, and I was roasting nicely by the fire, lost in thoughts of Ben coming home in only three day’s time, when the doorbell rang. Sorry to be roused from such a delicious daydream, I shuffled off in my old slippers to see who had disturbed us.
Abigail stood at the door, wearing a camel coat and hat trimmed with honey coloured fur that framed her pixie face, and matching tiny ankle boots with buttons up the sides. Snowflakes clung to her like sugar sprinkled on a cake.
‘Oh, Kathy, may I come in?’ She took a step forwards, her eyes glistening, as if she’d been crying.
‘Yes, of course, what on earth’s wrong?’
‘Mother is driving me mad. I’ve been trying to make her see reason about you and Ben, but she won’t listen. It would be so nice if you could come over to our house on Christmas Eve, like you used to, and sing carols, but she won’t hear of it. Oh, Kathy, she seems to think that it’s all your fault, and that you led Ben on. She even thinks that you are jeopardizing his time at Cranwell.’ Puddles of melted snow gathered round her feet on the doormat.
I nodded, and sat down on the stairs. I’d heard it all before. Abigail had been trying her best to make amends, build bridges and generally smooth things over between me and her parents, but they wouldn’t budge.
‘Oh, do come shopping with me, Kathy? I can’t bear it at home any longer.’
‘But it’s snowing!’ My thoughts went back to the warm fireside and my dreams of Ben. ‘No, I don’t really feel like it. I went with Mother last week and the shops were so crowded that we were squashed to bits. We could hardly carry our bags; they were nearly ripped out of our hands in the crush.’
‘Oh, come on, it’ll do you good to get out. You can’t spend all your time hiding indoors.’
‘I . . . but . . .’
‘I’ve got the car; Benson’s outside waiting.’
‘The Alvis Silver Eagle? I’ve been itching to go for a ride in that. But, I can’t, Abigail, what would your mother say?’
‘Oh, she’s busy this afternoon; she’s got her ladies round for bridge, and Father’s gone up to London for some Reunion Luncheon. Please Kathy, I’m all on my own. I miss Ben, and I never see you very much these days, please come?’ She begged with her large blue eyes.
‘I’ve got all the presents I need; I really can’t face all those bad tempered shoppers and gaudy gifts. Everything seems so glittery and false this year.’
‘Please, Kathy?’
Abigail’s earnest expression made me relent. ‘Oh, all right, but I’m only coming so I can have a ride in that car.’
Mother fussed that I was going out in the snow and made sure I wrapped up warm, but she was as keen as Abigail to keep the channels of communication open between our families.
Benson had the engine running at the kerb and the headlamps lit up the falling snow like a sky full of shooting stars. We sat back in the leather seats as if we were on a sleigh ride to fairyland.

If you have enjoyed this you can download the rest of the book, here on Amazon. (Offer available UK only)
Remember, the sooner you buy it, the cheaper it will be!