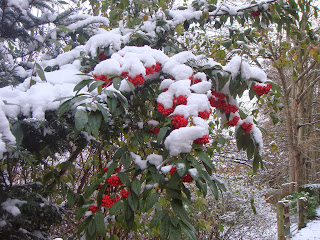 I can't believe it's December already, and to get everyone into the mood for Christmas, I'm giving a seasonal Kindle Countdown Deal on my historical romance, Gipsy Moth! Over four days, the price will rise, starting today from just 99p!
So if you haven't already read my novel, here's your chance.

As a taster, I will be publishing a Christmassy extract from the book each day! 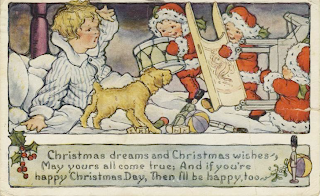 December 1st 1929
The days ground by, and the rest of November disappeared under a blanket of cloud and fog. I wondered why Ben’s parents were being so mean? Why couldn’t his mother cope with a wedding? I was good enough, wasn’t I? I wished that he could make them change their minds. I really didn’t want to be sent away.
I felt so empty each night; I wanted to see Ben and tell him how much I missed him, but all I had were his letters. I couldn’t wait to sit on the stairs in the morning, eager to grab the post as it came through the letterbox. I would search through the brown bills, scented letters from aunts, or airmail letters from cousins in Canada, until I found the blue one with Ben’s spiky handwriting. Then letting the rest fall, I would open it with a beating heart. His little cartoons made me smile. This time last year, marriage was the last thing on my mind, and Ben, along with Abigail, were just my best friends. Now I was expecting his baby, and I needed to be with him more than ever. The fact that we weren’t allowed to marry made it all the worse.
Today, a large mysterious envelope, with his familiar writing, burst through the letterbox with the usual post. I only just caught it as it sailed to the floor. Inside was an Advent Calendar, but instead of a Nativity scene, there was a red Gipsy Moth flying a banner which said, ‘Happy Christmas, Kathy!’ and a letter.

Dearest Kathy,
I love you so much and I miss you every minute of every day. Even though the chaps here are friendly, like Archie McCall who’s really looked after me, I feel lost and alone without you. I’ve made this calendar so you can open a door each day and count the time to Christmas when we can be together again.
I gently opened number one, and there was a cartoon of Ben wearing a paper hat from a cracker and smiling, with my little black bead around his neck. I stroked it with my finger and kissed it.


It’s only a few weeks till I come home, and I can’t wait. I’m so cold and lonely without you. Remember, every day that passes is a day less to wait. It won’t be long, until I am there and you are my arms. I love you, Kathy, with all my heart, and I’m going to talk to my parents when I get home and see if they will change their minds.
All my love,
Ben

If you have enjoyed this you can download the rest of the book, here on Amazon. (Offer available UK only)
Remember, the sooner you buy it, the cheaper it will be!