A Proper Family Adventure by Chrissie Manby - The Next Best Thing to Actually Going on a Cruise! 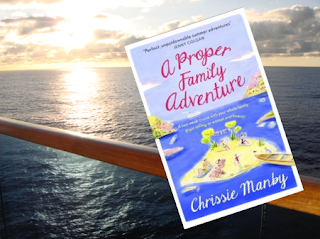 I love cruising, and I couldn't believe my luck when I saw this book on Twitter. I just had to buy it! A Proper Family Adventure is the first book I've read by Chrissie Manby. It's the third book in a trilogy, but you don't need to read the others first. However, now that I've enjoyed this one so much, I think I will! 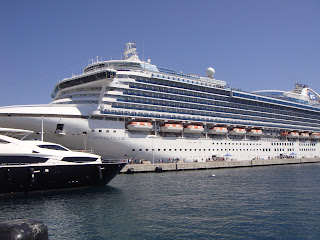 Chrissie is expert at drawing her characters from Granddad Bill who is wheelchair bound most of the time and is more familiar with the Second World War than the present day, to Jack, his great grandson, aged seven, who is great at getting into trouble, right from the beginning of the book. 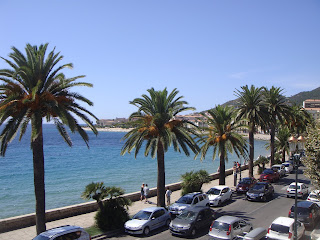 Jack gets his cousins, Sophie and Izzy, to take him to Tesco and buy a lottery ticket for Granddad's eighty-seventh birthday. When it comes up with five balls and the bonus ball and a win of fifty thousand pounds, the family decide to put some of it towards a dream cruise that everyone can enjoy. 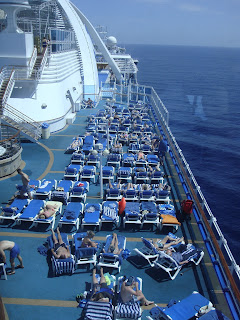 It's great to follow Granddad's son, Dave, and his wife Jacqui, with their daughters, Ronnie and Chelsea as they sail to the Mediterranean with Ronnie's husband, Mark, and their son, Jack, and Chelsea's boyfriend, Adam, and his daughter, Lily.
Will Ronnie be right that Adam will propose to Chelsea on the trip? 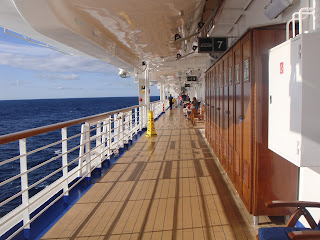 There are two other passengers on the ship, Kirsty and Jane.  Jane's fiancé, Greg, was killed in a road accident at Christmas, and best friend, Kirsty, has suggested that they go on the cruise, as Jane and Greg had planned it for their honeymoon, to help her see that the future wasn't entirely hopeless. However, Jane cannot bring herself to leave the cabin, and Kirsty finds herself going ashore on her own. How can she help her best friend to make a new start in her life again? 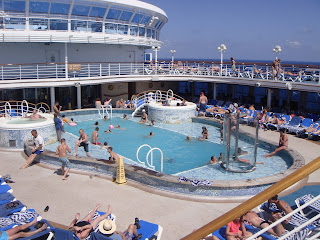 Annabel, Jacqui and Dave's daughter who was adopted, stays behind to look after Granddad Bill, her daughter Izzy who is recovering from a kidney transplant, and Sophie, Ronnie and Mark's daughter as she's got a chance for a work placement at the local county magazine. She gives Jack, Ted, a girl bear that Jacqui gave her as a baby, to take away. some of the best scenes are when Lily dresses her in her doll's clothes, much to Jack's insistence that she's a he. 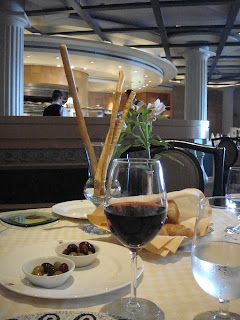 It's a great story and is the next best thing to actually going on a cruise!
These photos are from a similar cruise I took on the Caribbean Princess to the Mediterranean.
I hope that you enjoy Chrissie Manby's book much as I have!