Travelling back to the South Pacific with James A. Michener 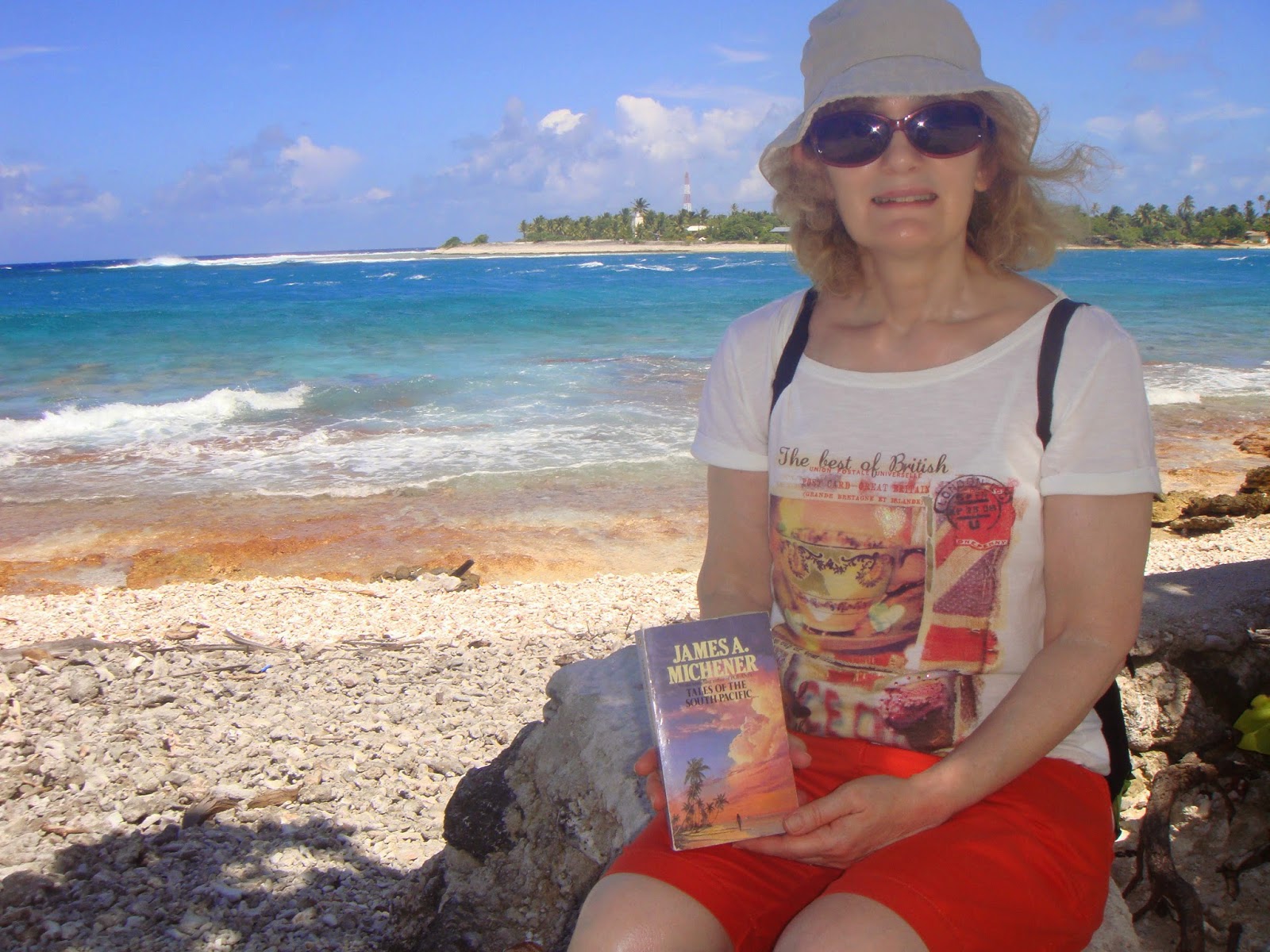 Apart from Pippi Longstocking, (see last blog post!) I wanted to read something more about the South Seas on my trip, so I bought Tales of the South Pacific by James A. Michener for a penny on Amazon, and was impressed that it had won the Pulitzer Prize for Fiction in 1948.
Michener was posted to the South Pacific as a Naval Officer during the Second World War, and this inspired his stories based on the men waiting for the inevitable attack, including the women they fall in love with, and the action when it happens.
Some of the stories may seem familiar as they were made into the musical, South Pacific, such as Our Heroine which introduces us to U.S. Nurse, Nellie Forbush, who falls in love with the French plantation owner, Emile de Beque, whom she hardly knows and then finds he has two children. She sings I'm Gonna Wash That Man Right Out Of My Hair in the show, and well she might because in the book, he has eight!
You might also remember Bloody Mary singing Happy Talk to Joe Cable in the film. In the story called Fo' Dolla', she's nothing like the lovely lady, Juanita Hall, who played the part on stage and screen, and has rivers of red betel juice running down the sides of her mouth which led to her name.
Throughout his stories, Michener takes us to a world of hot sun, lush vegetation, blue seas and coral islands. It's hard to believe that such a beautiful paradise could have been the scene of such terrible fighting, but it was interesting to find out more about those times in his book.