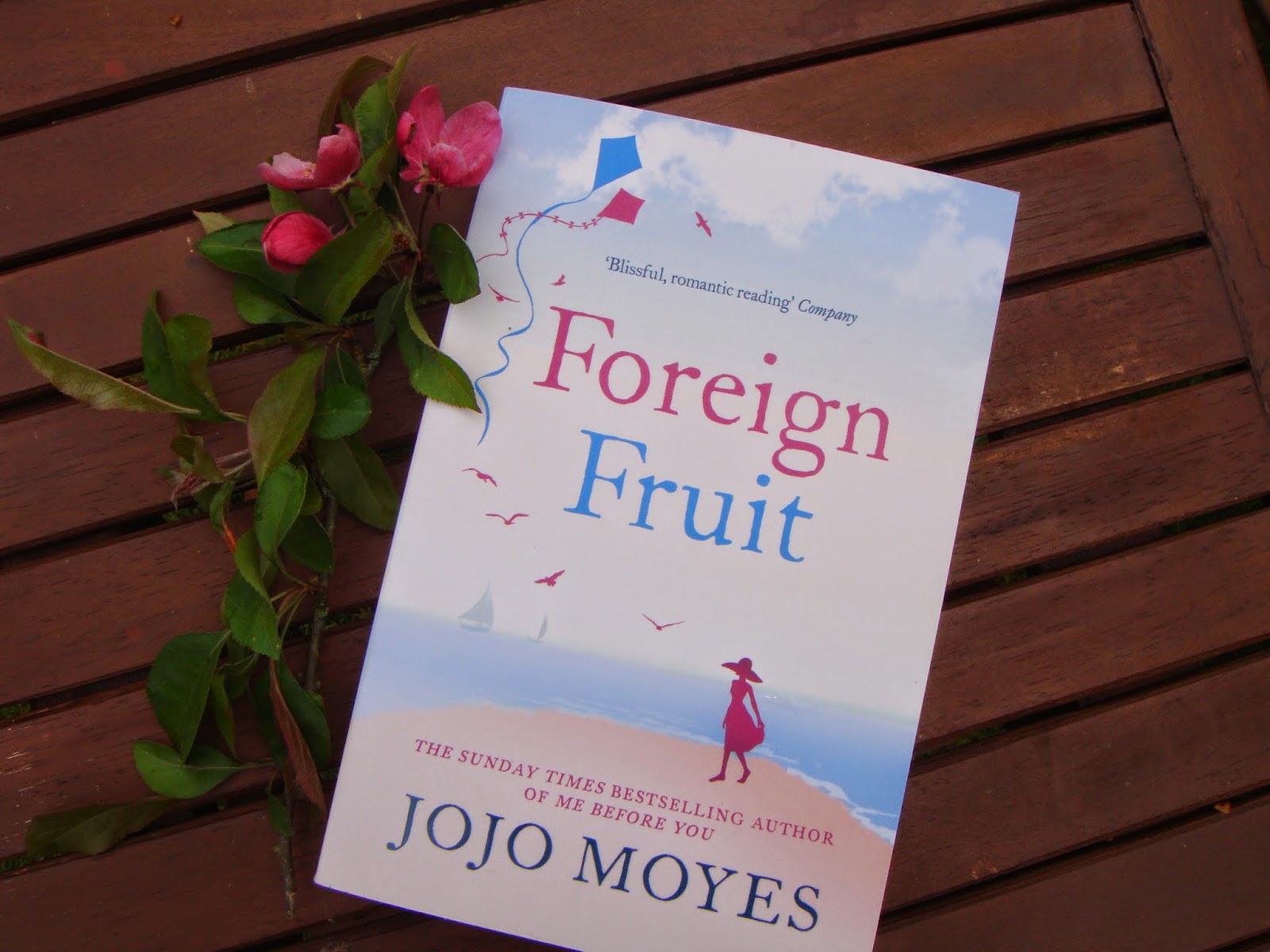 If you've been following my blog, you'll know that I love books by Jojo Moyes, but I've only just read Foreign Fruit which won the RNA (Romantic Novelists' Association) Novel of the Year Award in 2004. How did I manage to miss this fabulous book?
It's another one of those engrossing stories that Jojo writes so well with a great cast, and begins in the 1950s in Merham, a sleepy East Anglian seaside town. Celia and Lottie (not her sister, but a child that the Holden family took in during the war) are entranced by Adeline and her Bohemian friends who move into Arcadia, an Art Deco house on the seafront.
The girls get drawn into the circle of people, including the androgynous Frances, an artist who is in love with Adeline, and Adeline's husband of convenience, Julian.
Eventually, Celia goes away to London, leaving Lottie at home with her family. She writes fabulous letters, but Lottie feels that she can't always believe her especially when she writes about this gorgeous man, Guy, because she's always exaggerating. However, when she does bring him home, Lottie falls hopelessly in love with him, and he with her, even though he's now engaged to Celia. Lottie can't tell him that she's now pregnant with his child, in loyalty to Celia, and their marriage goes ahead. Leaving Lottie with Joe who's a poor second best to Guy.

In the 1950s the town was very against the Bohemian crowd, and now in 2003, the town is against Arcadia being sold to be developed into a hotel for Jones, the owner of a club in London. Jones has hired interior designers, Daisy and Daniel to oversee the work, but when their child, Ellie, is born, Daniel can't cope and leaves Daisy to do the work on her own.  Mrs Bernard, the previous owner of Arcadia, comes in every day to help look after Ellie, but she won't talk about how she came to own the house or what it means to her.
It's when a builder uncovers Frances's mural on the terrace wall, depicting the people that spent the summer there in the 1950s, that secrets are revealed and the characters have to face their past and look to their future.
If you like Jojo Moyes too, don't forget to read this book!