Discovering the Secrets of Walter Mitty 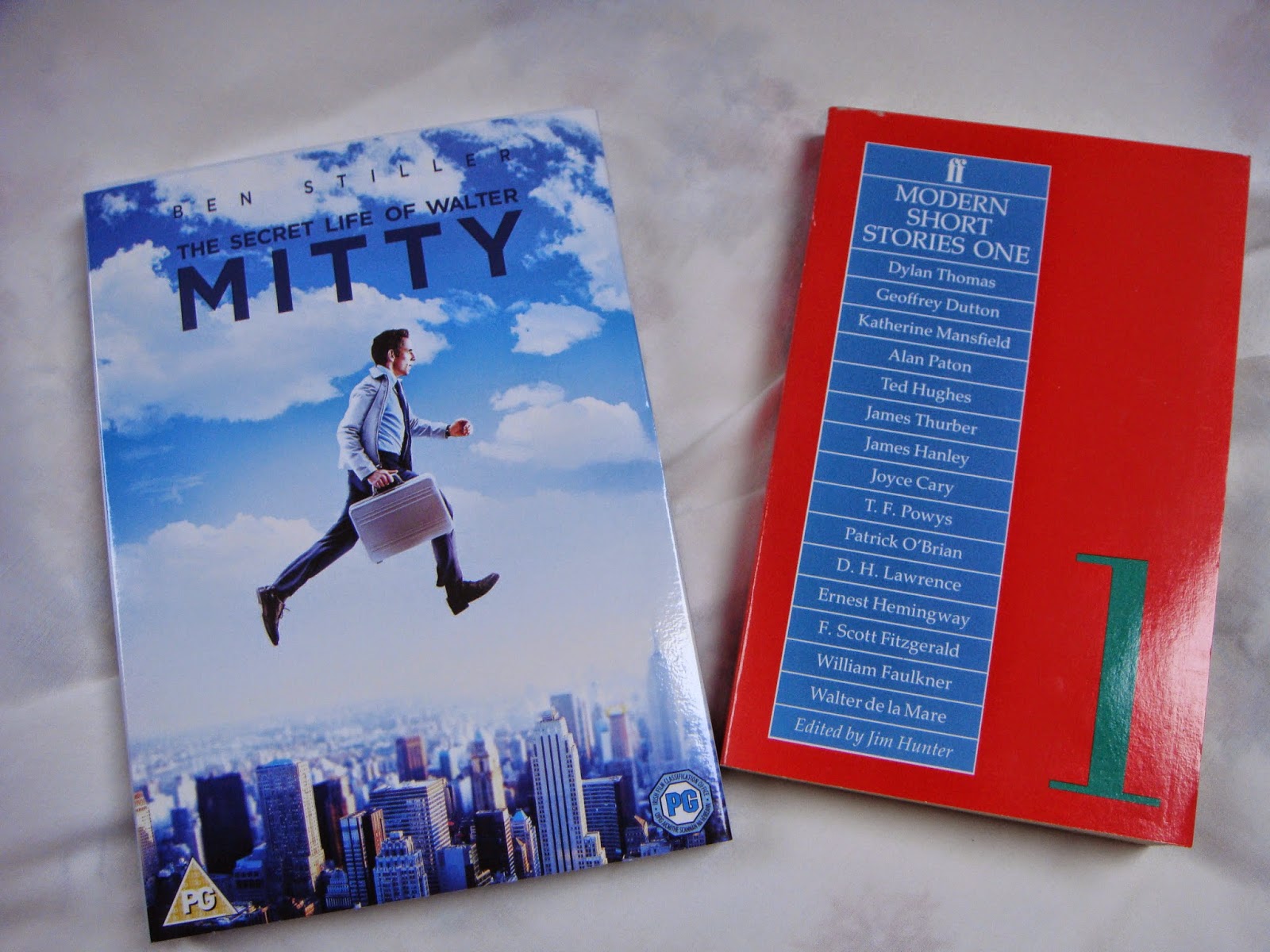 Driving into London just before Christmas, I spotted the poster of Ben Stiller as Walter Mitty rushing across the sky, and I had to see the film!
We studied the original short story by James Thurber for 'O' Level in Modern Short Stories (which is still available).
'Modern' is quite a misnomer, because the stories were all written around the first half of the twentieth century, but the authors are famous, and the stories have lingered in my mind over the years, such as Peaches  by Dylan Thomas, Tickets, Please by D.H. Lawrence, and The Ice Palace by F. Scott Fitzgerald.
The Secret Life of Walter Mitty is only seven pages long! So it's amazing that two full length feature films have been made from it. ( The other in 1947, starred Danny Kaye.)
Mitty and his bossy wife are on a shopping trip. She gives him some errands to run whilst she has her hair done. 'Buy some overshoes!' 'Get some puppy food!' No wonder this meek little man lives in a fantasy world, pretending he's Commander Mitty, commanding a US Navy hydroplane, or Captain Mitty going over the top in the First World War, and it is fitting in the end when his wife pops into a drugstore, leaving him outside in the sleet, that he lights a cigarette and imagines he's being shot by a firing squad!
The film, however, is a feel-good movie. Mitty is in charge of the photo negatives for Life magazine, he's not married, but is in love with Cheryl, a new employee, but can't even bring himself to give her a wink on eHarmony. He still has fantasies of impressing her, but when Negative 25, which is to be used on the cover of the last ever issue of the magazine goes missing, real life becomes just as exciting!
The film has great special effects, photography and music and is well worth watching.
Posted by Jean Bull at 08:21