I Found You by Lisa Jewell - A Fabulous Murder Mystery 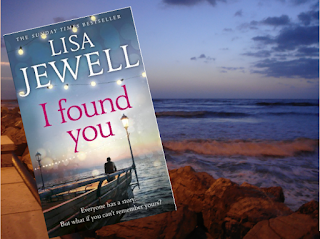 I Found You by Lisa Jewell is a fabulous read, and I devoured it in record time - I really couldn't put it down.

Forty-something Alice, who has three children from three different failed relationships, finds a man on the beach at Ridinghouse Bay, Yorkshire, who has lost his memory.

Meanwhile, down in Surrey, newly-wed, Lily is distraught because her husband didn't come home on Tuesday night. She's told the police and they say (after investigating his passport details) that he, Carl Monrose, does not exist.

In 1993, Gray Ross is unhappy about the attention arrogant Mark Tate is paying to his fifteen-year-old sister, Kirsty, on their family holiday at Ridinghouse Bay.

However, whilst Lily goes through Carl's belongings and retraces his movements, Alice and her friend Derry do some research of their own and discover that back in August 1993, there was an incident on the beach where one man died and two others were missing, feared drowned. Another teenage youth was taken to hospital but discharged. The mystery deepens.
Could the man Alice is sheltering be a murderer? 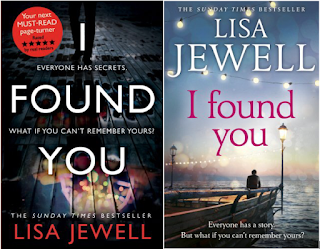 This book has been published with two different covers. I liked the brighter one the best, but new books with that cover were twice the price of the darker ones on Amazon. So, I bought a used one, and, looking inside, I found that it had been signed by the author. Brilliant! I was meant to buy it!