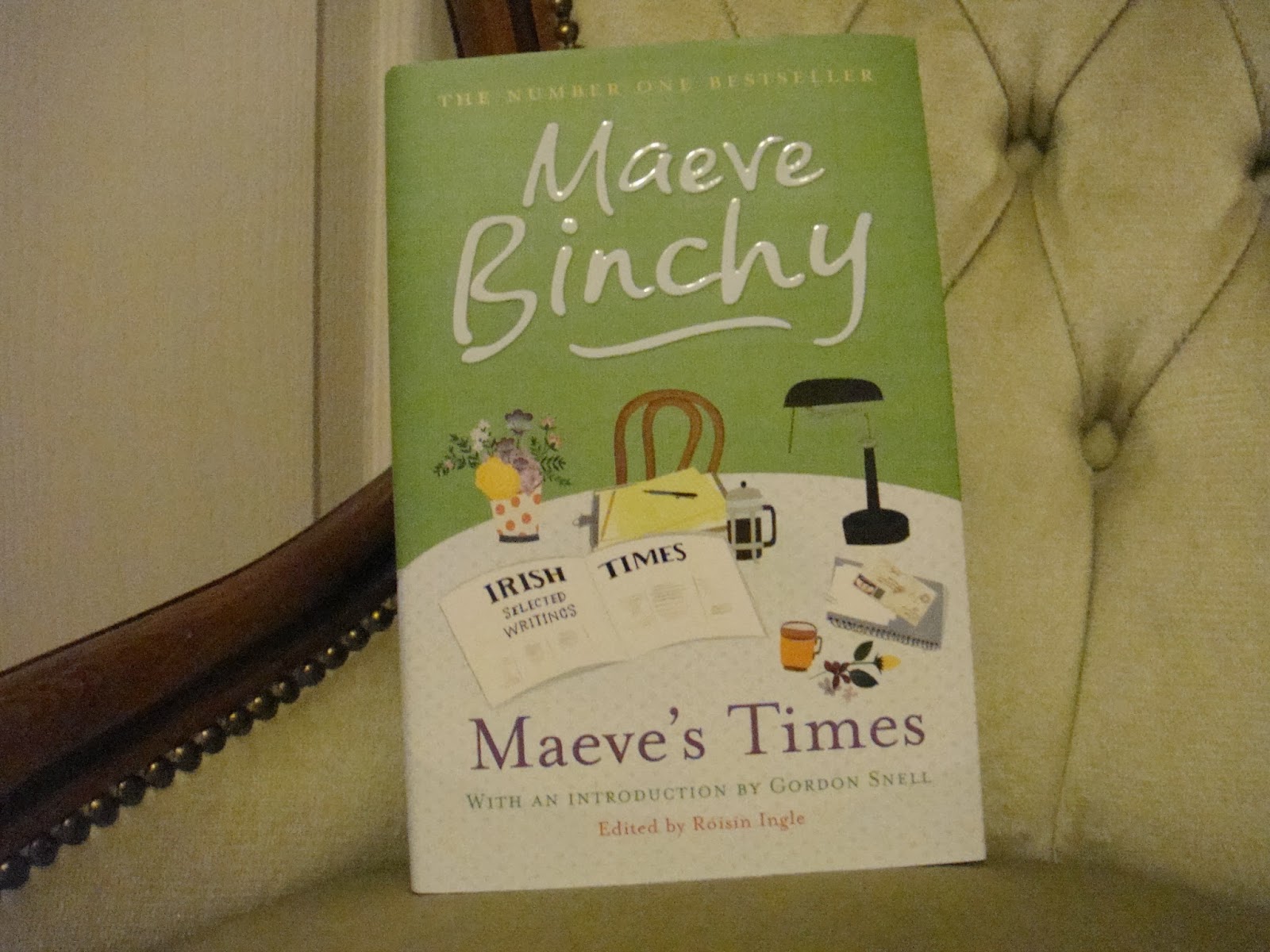 Last year I wrote how Christmas wouldn't be Christmas without unwrapping a lovely book by Maeve Binchy, so I was very excited to receive Maeve's Times this year.
It's a selection of her work first published in the Irish Times over an amazing five decades!
Most people will remember Maeve for her wonderful novels full of warmth and humour, and indeed these articles reflect that too, such as A Week of Self-Improvement, where she attends an Italian class (which obviously gave her the idea for Evening Class); brightened herself up with a disastrous facial for £2.80 (well it was 1976); helped serve lunch to some elderly people and, impressed by their wisdom, came away not so afraid of getting old; dealt with her office being brightened up by crawling under her desk and getting stuck in the corner whilst the workmen got on all around her; and took a walk around the City and got her handbag knocked out of her hand by two men who were actually trying to kill each other!
Other articles are more serious such as two news reports about the Greek coup and Turkish invasion of Cyprus in 1974 and the Herald of Free Enterprise disaster in 1987.
She was lucky enough to attend three Royal Weddings, perched high up with the Press in St Paul's or Westminster Abbey, and followed the story of Diana and Charles from their engagement in 1981 to his engagement to Camilla in 2005.
It is truly a fabulous book; one to dip into or read from cover to cover in chronological order. I really hope that Róisín Ingle, the editor, brings out volume two!
Posted by Jean Bull at 12:10