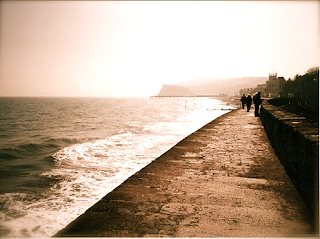 Hello, I thought I'd tell you how I wrote my novel. I started with the first 1,000 words, and decided to do some research before I went any further. So I travelled to Devon and revisited the area as well as doing some research in the public library in Exeter. Then happily, I set off and wrote forty chapters. I was very proud of my work and asked a local reading group to access it. Ouch! Their comments really hurt! I also had a report done by Cornerstones, and although honest, it was helpful and I realised that I had a lot of work to do. The trouble was that I couldn't bring myself to get on with it for several months until I went to one of their workshops run by Helen Corner and Lee Weatherly where I met lots of lovely people, including Ava (Aiveen) McCarthy, and was finally kicked into action. I even got a letter published in Writing Magazine about it to show how determined I was! However, despite lots of submissions to agents, I still wasn't published, although Robert Hale showed some interest, they thought it wasn't for them. So last year I joined the Romantic Novelists' Association's New Writers' Scheme. I had a wonderful feedback, which although wasn't quite what I wanted to hear, showed me where I'd gone wrong. So now, I hope at last that I've got it right!
Posted by Jean Bull at 19:47