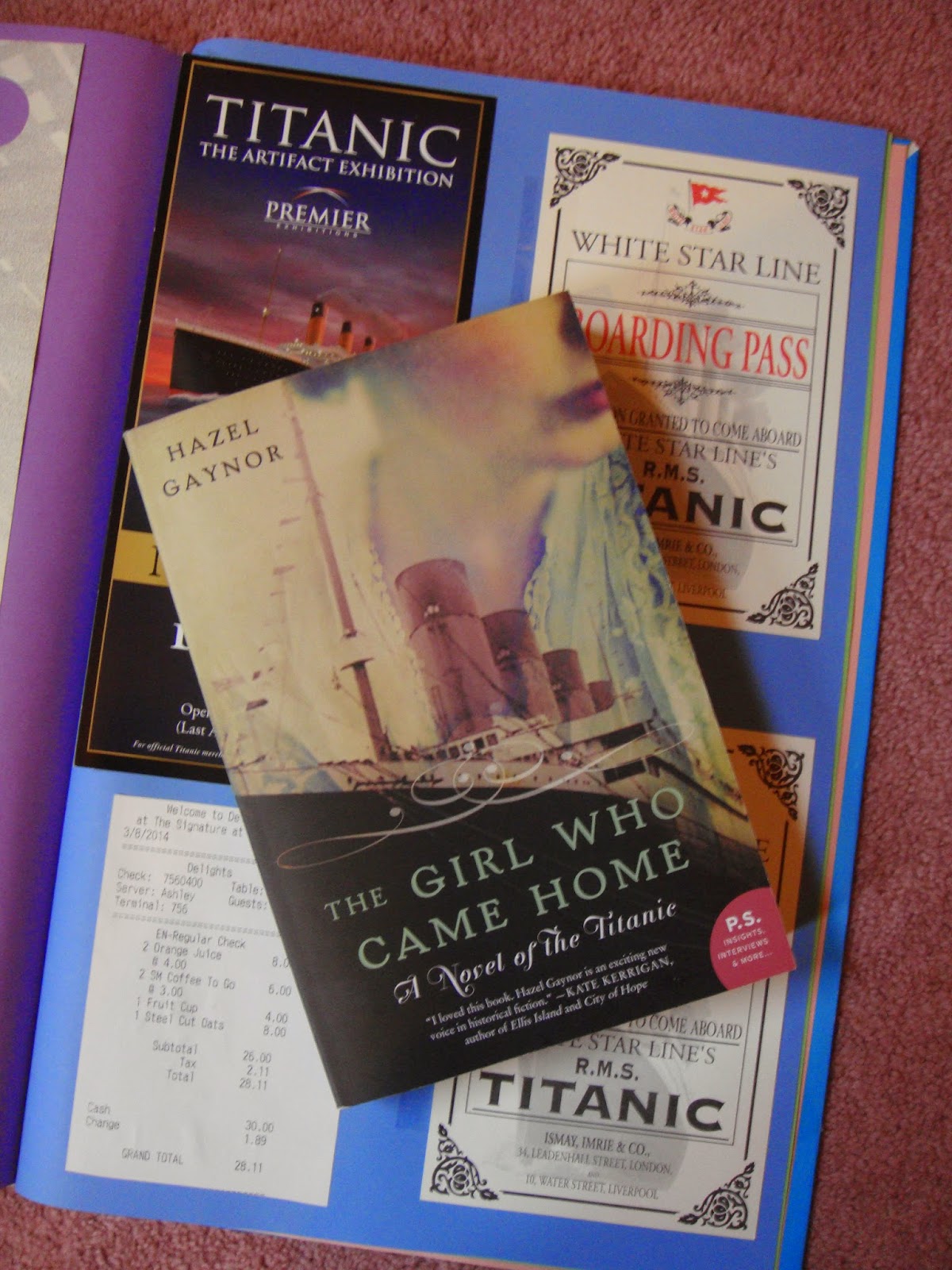 One hundred and three years ago today, fourteen people from one village set sail from Queenstown, on the southern coast of Ireland, aboard the fastest, safest, passenger ship in the world: Titanic, and their amazing story is told by Hazel Gaynor in The Girl Who Came Home.
I bought the book at the RNA conference last year after hearing Hazel give a talk about how she originally self-published her novel and how it was taken on by an American publisher, and the rest, as they say, is history.
Apart from feeling just a little envious at that, I have to say that The Girl Who Came Home is beautifully written, capturing the life of people in Ireland just over a hundred years ago; the life on board the magnificent ship, the like of which had never been seen before; the horror of the collision with the iceberg, and the life of a survivor, Maggie, and the later story of her great-granddaughter, Grace. Hazel has pulled all the threads together to give a very satisfactory ending.
One of the images that appears through the story is cherry blossom. Maggie used to meet her sweetheart, Seamus under the sixth cherry blossom tree in Ballysheen every Wednesday, and she carries a handful of blossom in her coat pocket as she boards the ship, and when Grace takes her great-grandmother out for tea and apple pie each week in Cass County, Illinois, they go to The Cherry Tree restaurant. It's a beautiful story with Grace's love for Jimmy mirroring Maggie's for Seamus, and I can thoroughly recommend it. 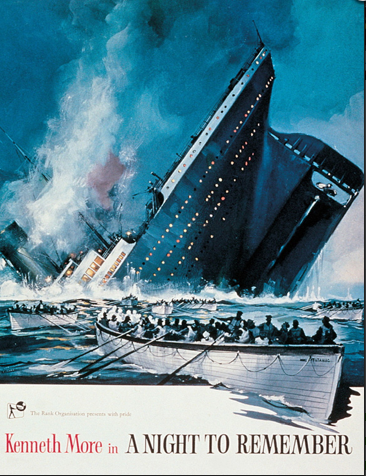 I've always been fascinated by Titanic because A Night to Remember was the first film that I was ever taken to see!
Last year, I was also able to visit the Titanic, The Artifact Exhibition in Las Vegas.
That probably sounds a bit tacky, but actually it was as serious an exhibition as you would expect to see at any museum in London or New York.
It told the stories of the people who had lived or died on that fateful night. In fact your ticket, or boarding pass, bore a name and details of a passenger, and you didn't know whether they had survived, or not, until you went out afterwards and looked for their name on the lists, just as anxious friends and relatives would have done all those years ago.
So many passengers made a last minute decision to sail on the ship because of a miners' strike which had meant that other ships couldn't get any coal. Titanic, itself, used one pound of coal a second to move only sixty feet!
The entrance to the exhibition was through the third class cabins to the foot tapping sound of Irish tunes, then we waltzed through to the first class cabins to the sound of an orchestra. The ship was so luxurious that conditions were often better for those travelling third class than for those left at home, even though there were only two bath tubs for seven hundred third class passengers.
There were so many interesting artifacts like china and glass decorated with the distinctive White Star Line flag, and also personal papers and letters which were preserved in leather Gladstone or hand bags, and which had been brought up from the bottom of the sea. 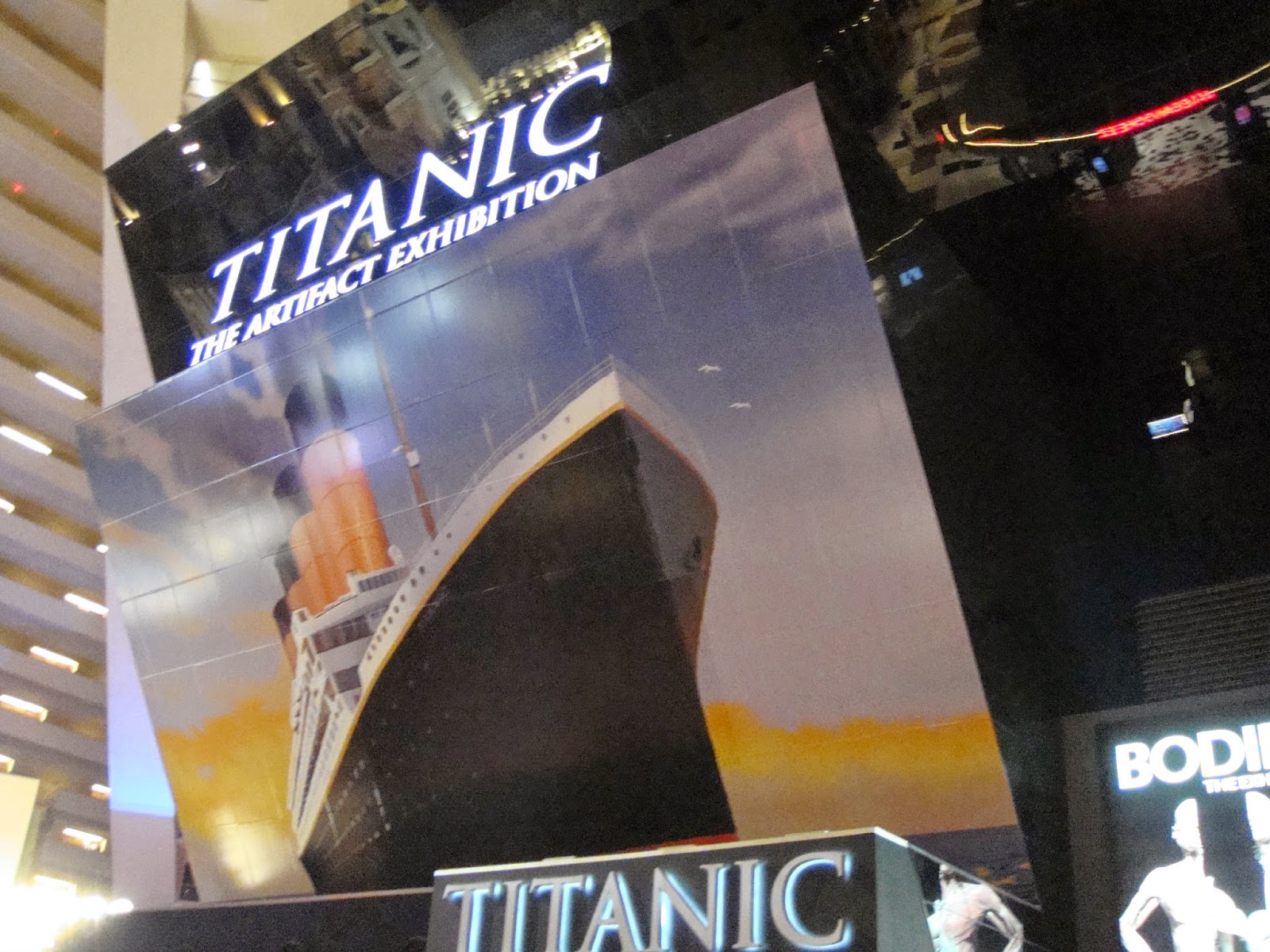 One of the most chilling experiences was walking outside onto the reconstructed starlit deck on the calm, peaceful night of April 14th 1912, whilst music played behind in the salons. Hitting an iceberg and the resulting chaos would have been the last things that any passenger expected.
The most amazing exhibit was a big section of the actual ship that was brought up from a depth of two and a half miles from the North Atlantic ocean.
So if you are ever in Las Vegas, and you are interested in the Titanic story don't forget to go and see it.
Meanwhile, you could always read Hazel's book, The Girl Who Came Home!