The Peacock Emporium by Jojo Moyes is full of treasures. And great news about a new release! 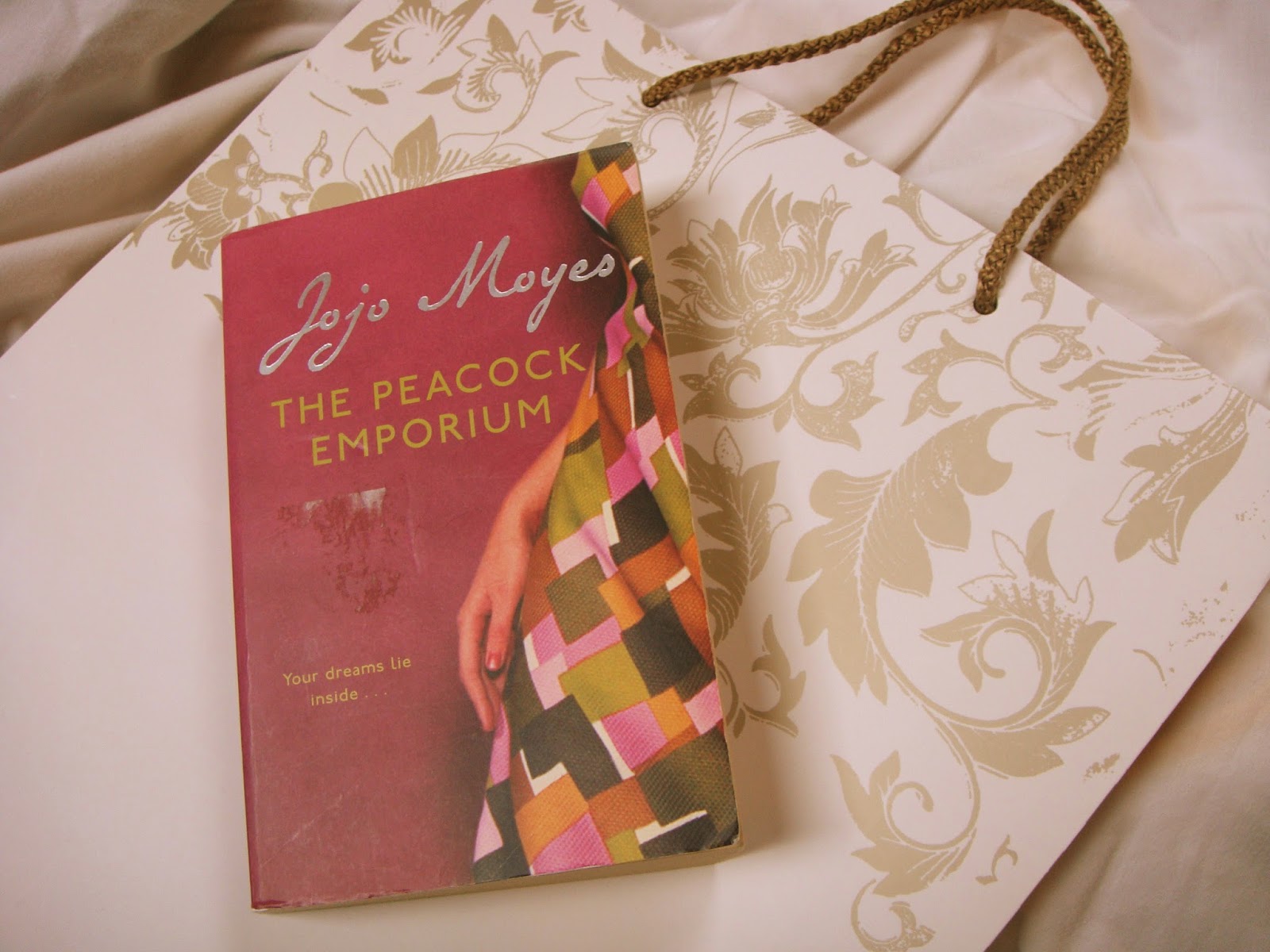 The Peacock Emporium by Jojo Moyes is many stories in one and, rather like the shop itself, it's full of treasures. Susanna Peacock runs the Emporium, but it's also about her parents Vivi and Douglas; Athene Forster, nicknamed the 'Last Deb' in the Sixties, and her reckless life; and Jessie, a young outward-going young mother who helps Susanna make a go of her business.
Jojo is very clever at making up a cast for her novels, and to read them is always like watching a film in my head. This book is no exception and the action takes place at the main locations of the Emporium and the family estate run by Douglas and his son, Ben.
There is also the added spice of Alejandro, a midwife, who has left his native Argentina because of the troubles there to make a new life in England and is a regular at the cafe in the shop.
Susanna doesn't fit into her family and feels that her sister, Lucy, and Ben are favoured more than her. However, her father lets her and her husband, Neil, live in a cottage on the farm, because he's lost his job. She doesn't feel ready to have a child yet because of her dream of owning a shop and making an identity for herself, so Neil agrees to her running it for a year, if she will then try for a baby.
However, she's attracted to Alexjandro, who is friendly to both her and Jessie, with distastrous consequences.
I had to keep reading to find out what Susanna would do next and also uncover the family secret which has been the root of her unhappiness.
Reading this book means that I have read all of Jojo's books apart from the novella, Paris for One, for which there's really no excuse! However, the big news for all her fans is that the sequel to Me Before You, called After You, will be out on September 24th 2015!
I can't wait!
Which is your favourite Jojo Moyes book?

Email ThisBlogThis!Share to TwitterShare to FacebookShare to Pinterest
Labels: 'Jojo Moyes', 'Me Before You', 'Paris for One', 'Sixties', 'The Peacock Emporium'