Remembering the Centenary of the Outbreak of the First World War 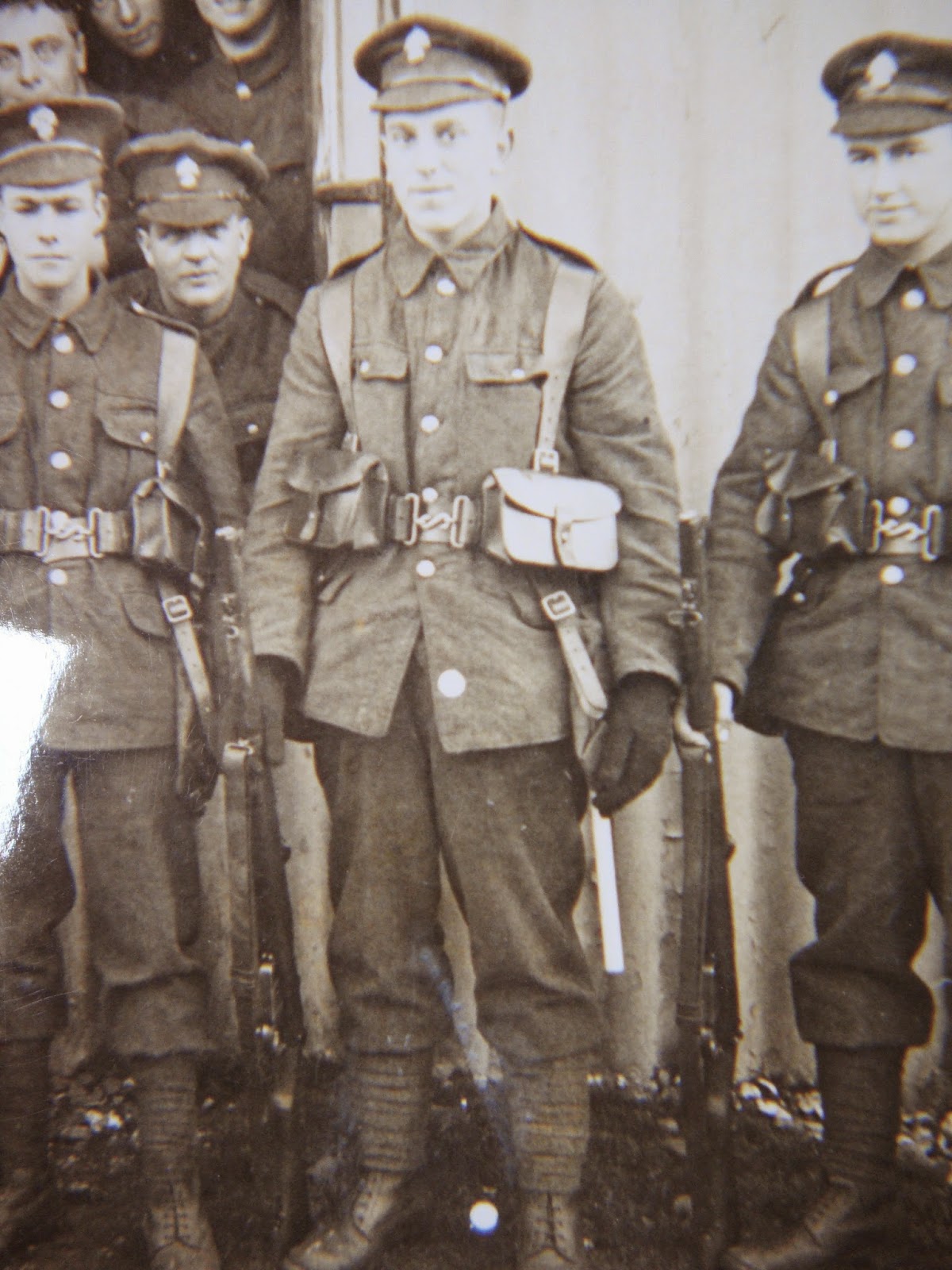 My father was born in 1899 and was 14 when the war broke out. How could he and his family have imagined what effect it would have on their lives?
He was born in a Norfolk village, untouched by progress. By the time he was 18, he was called up. Not with the Pals' Battalions, as at the beginning of the war, but with a London regiment whose boys took the birthday cake my grandmother had made for him, and ate it.
He survived the war, being wounded in October 1918, just weeks before the Armistice, and sent home. But the effect of the horror of war never left him and affected the rest of his life.
I've been able to search for his war records on Ancestry and have been able to visit the place where he was shot: a very moving experience.
Here he stands in the photo, a young man only eighteen years of age, off to fight for his King and Country. Today's boys are off for three years of fun (and study) at uni. Let's not forget what that generation, one hundred years ago, did for us.
Posted by Jean Bull at 17:20