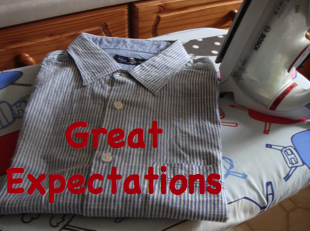 I had a lovely surprise this morning when I opened my Writing Magazine, and found that I had been shortlisted in the Members' Club Short Story competition in Writers' News.

Ok, I didn't actually win, but every little bit of success helps!
As you can see, the story was entered in the Great Expectations competition, and that had to be its title too. I got the idea last year when I was waiting for the finalists to be announced in the Brit Writers' Awards Unpublished 2010 competition. I had got through to the third round with my novel Gipsy Moth, and was really hoping to be chosen, but I wasn't. However, always eager to use experiences in my writing, I jotted down my feelings at the time and used them as the basis for my story when the theme was announced this year in Writers' News. That is as far as it goes, the rest of the story is, of course, fiction!